Today is the 25th anniversary of World Spay Day, held on the last Tuesday of February to raise awareness of the importance of neutering and the work that rescue centres and charities do. 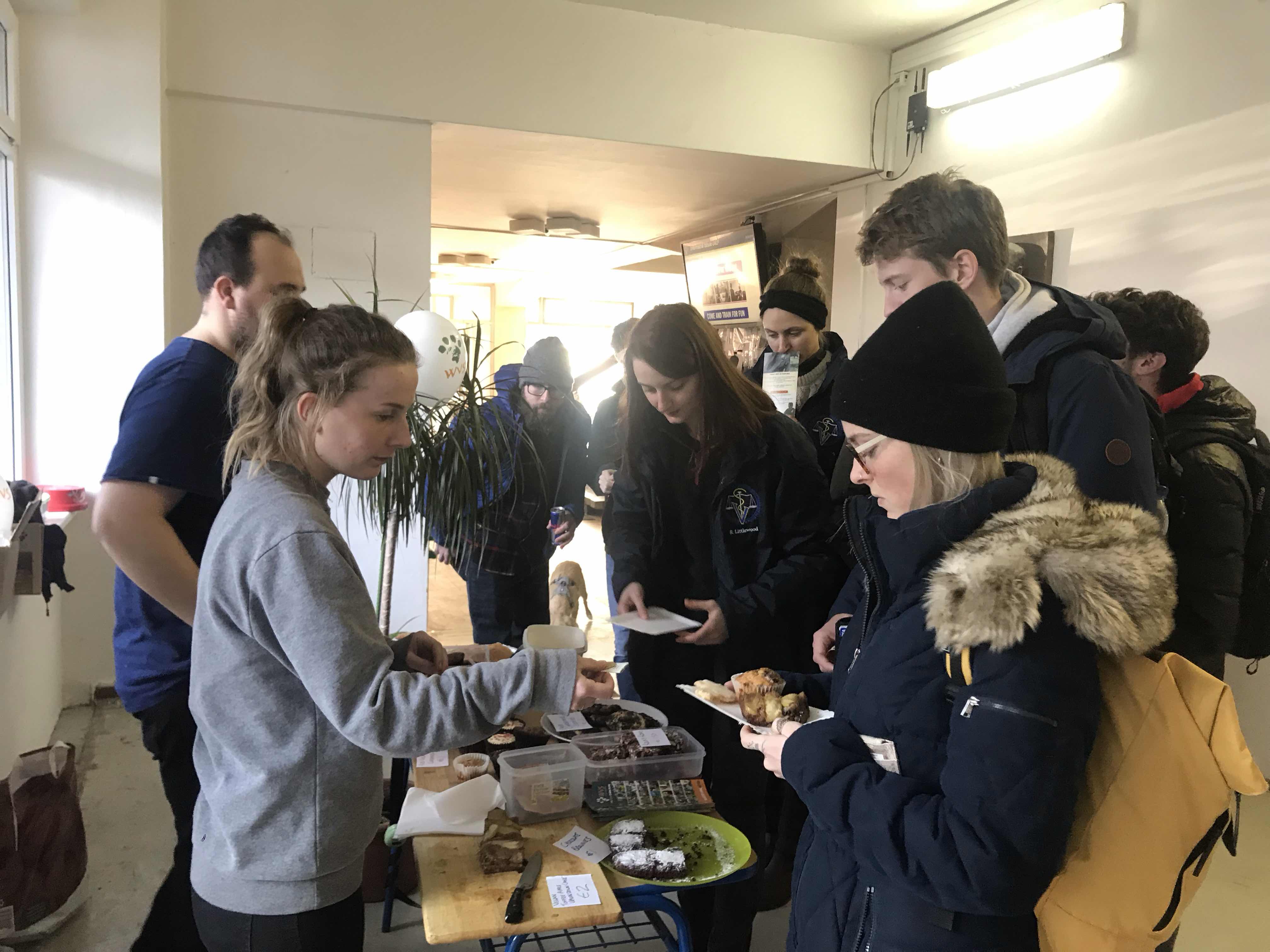 Last year we held a Charity Bake Sale on campus to raise money and awareness, so did the same again this year. WVS ITC Ooty are trying to raise 30,000 rupees for an Oxygen Generator so I'm hoping the money we raise can go towards that! 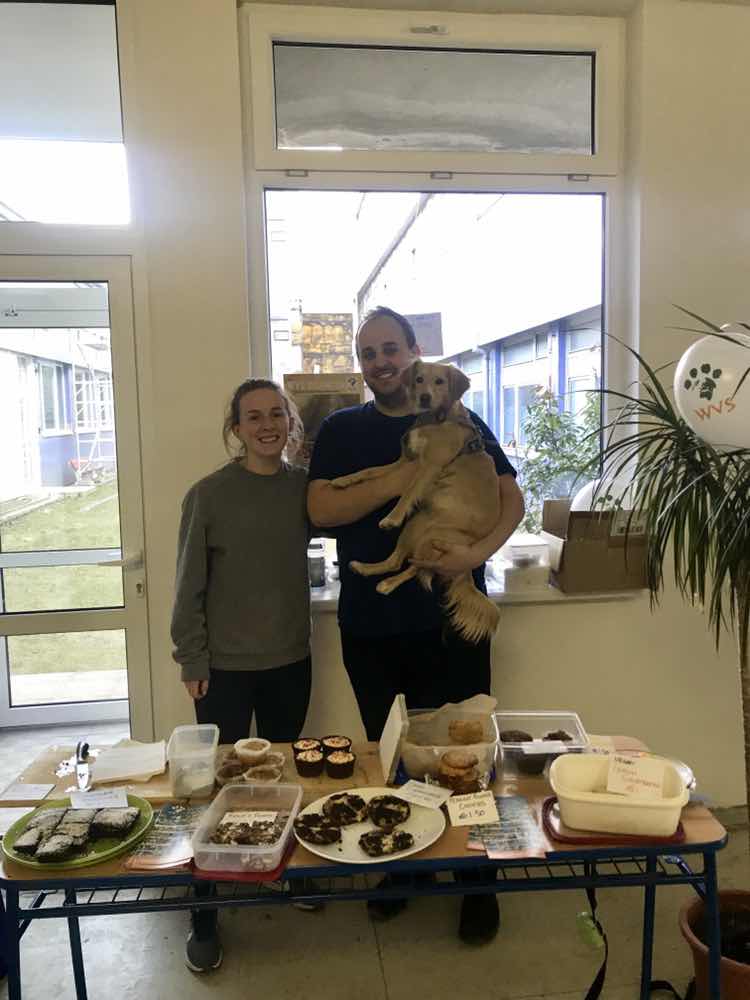 Celine was an angel and greeted people to the sale with cuddles and even shared her special biscuits with visiting doggos. 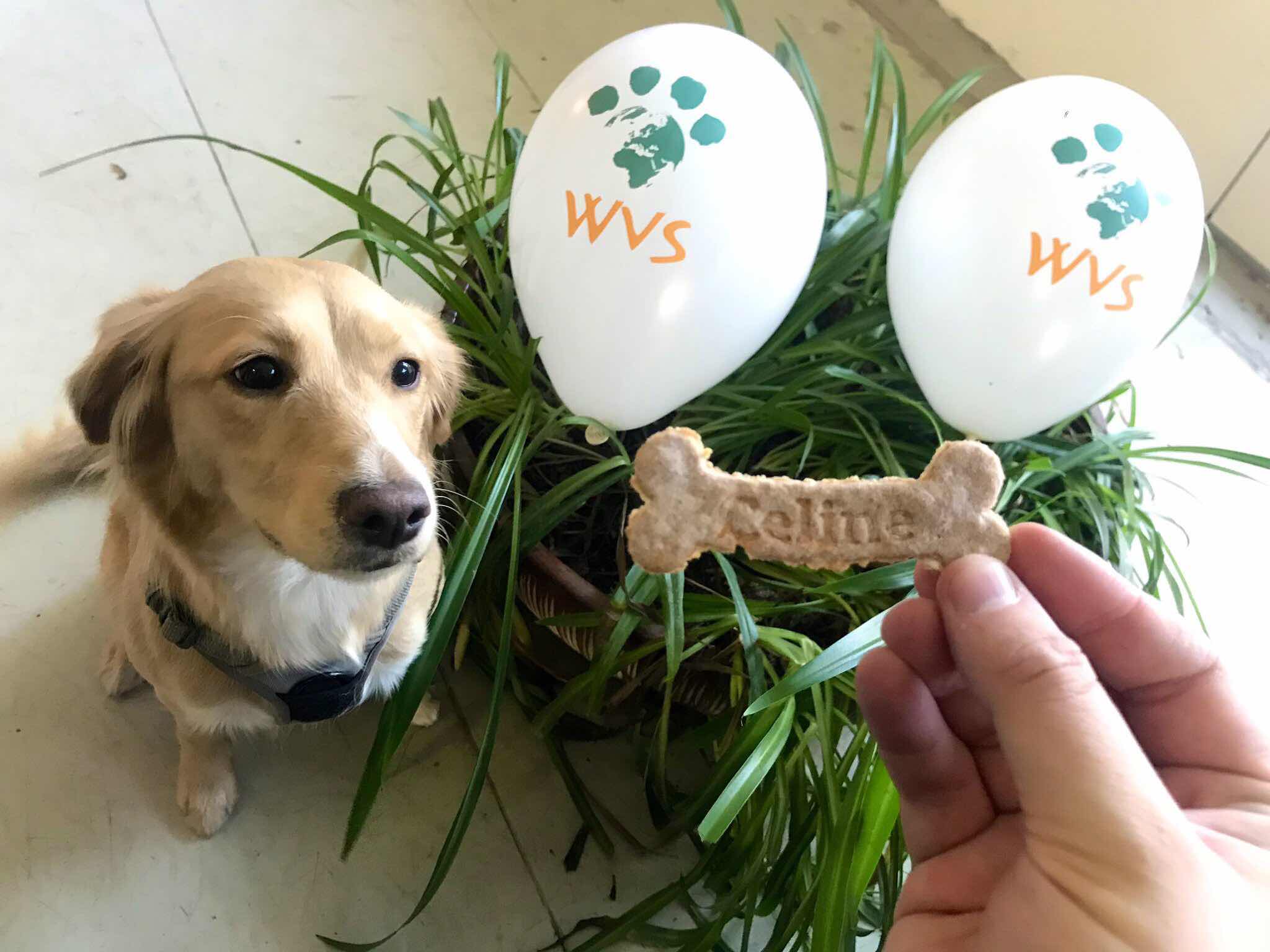 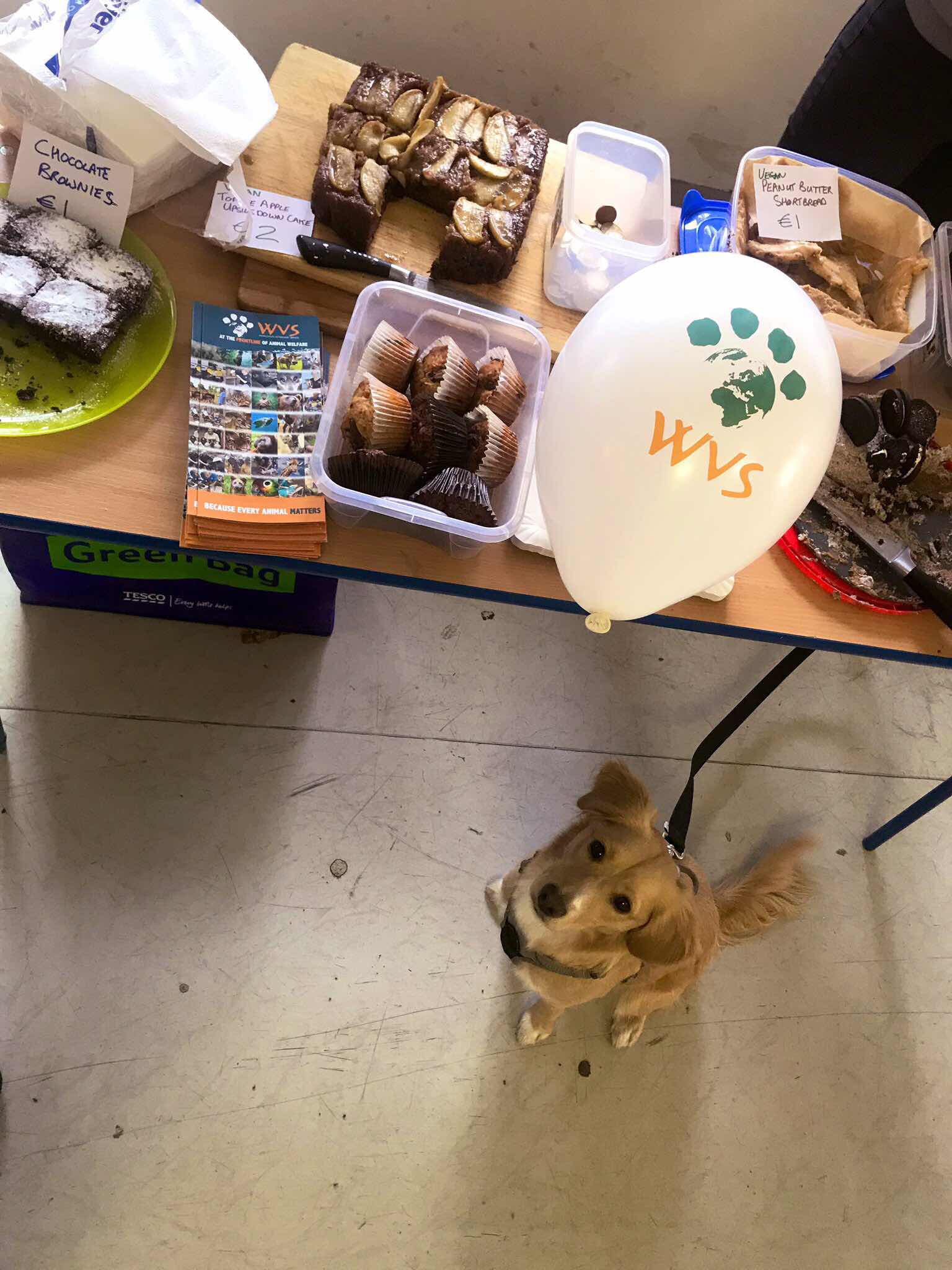 Overall we raised €205 which is great going and will support WVS with the work they do. 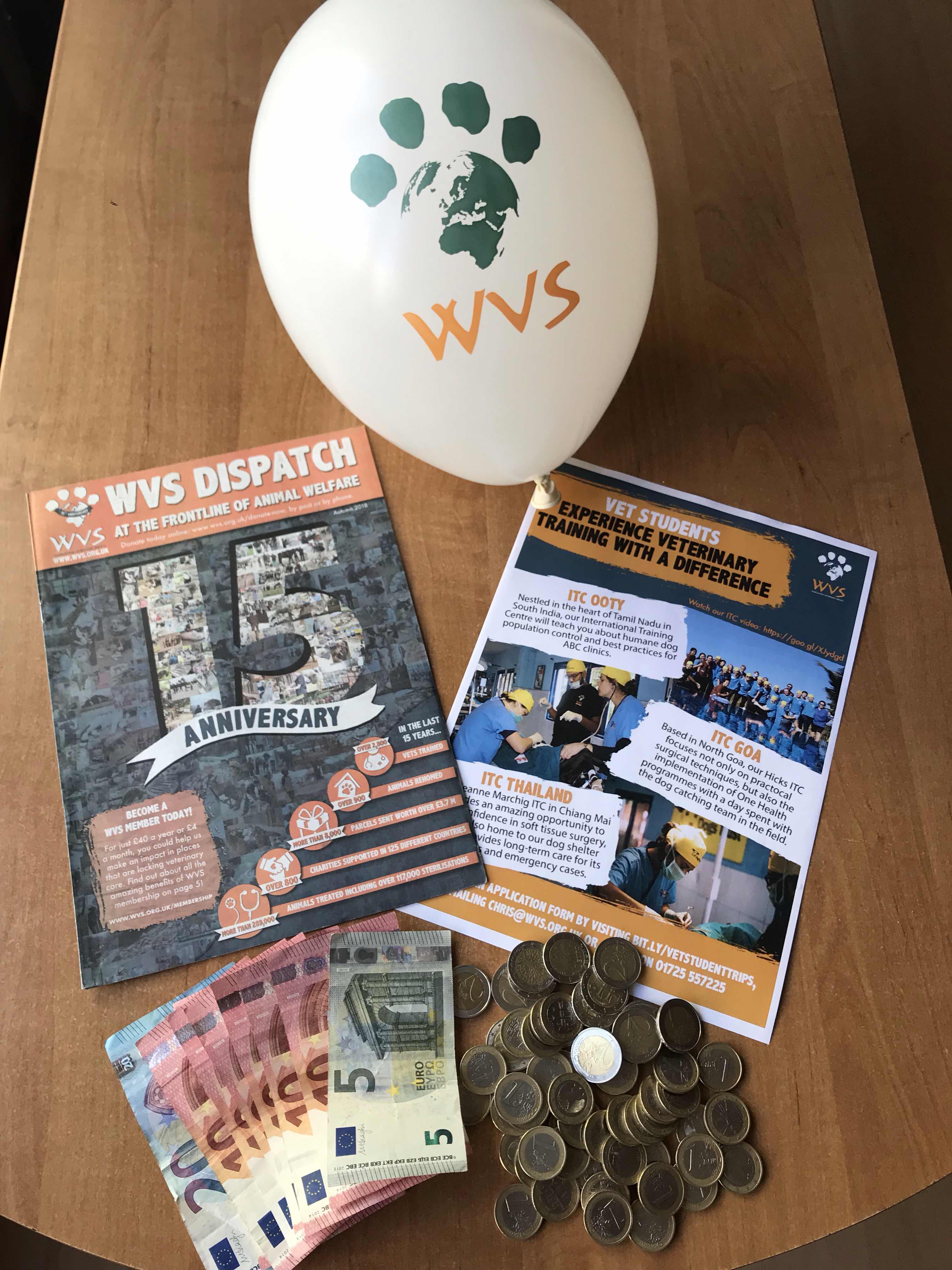 This morning we headed to a private pig farm to do some pigs work and it was actually really fun!
We had to don these sexy disposable overalls which are one size fits all, so a little snug. 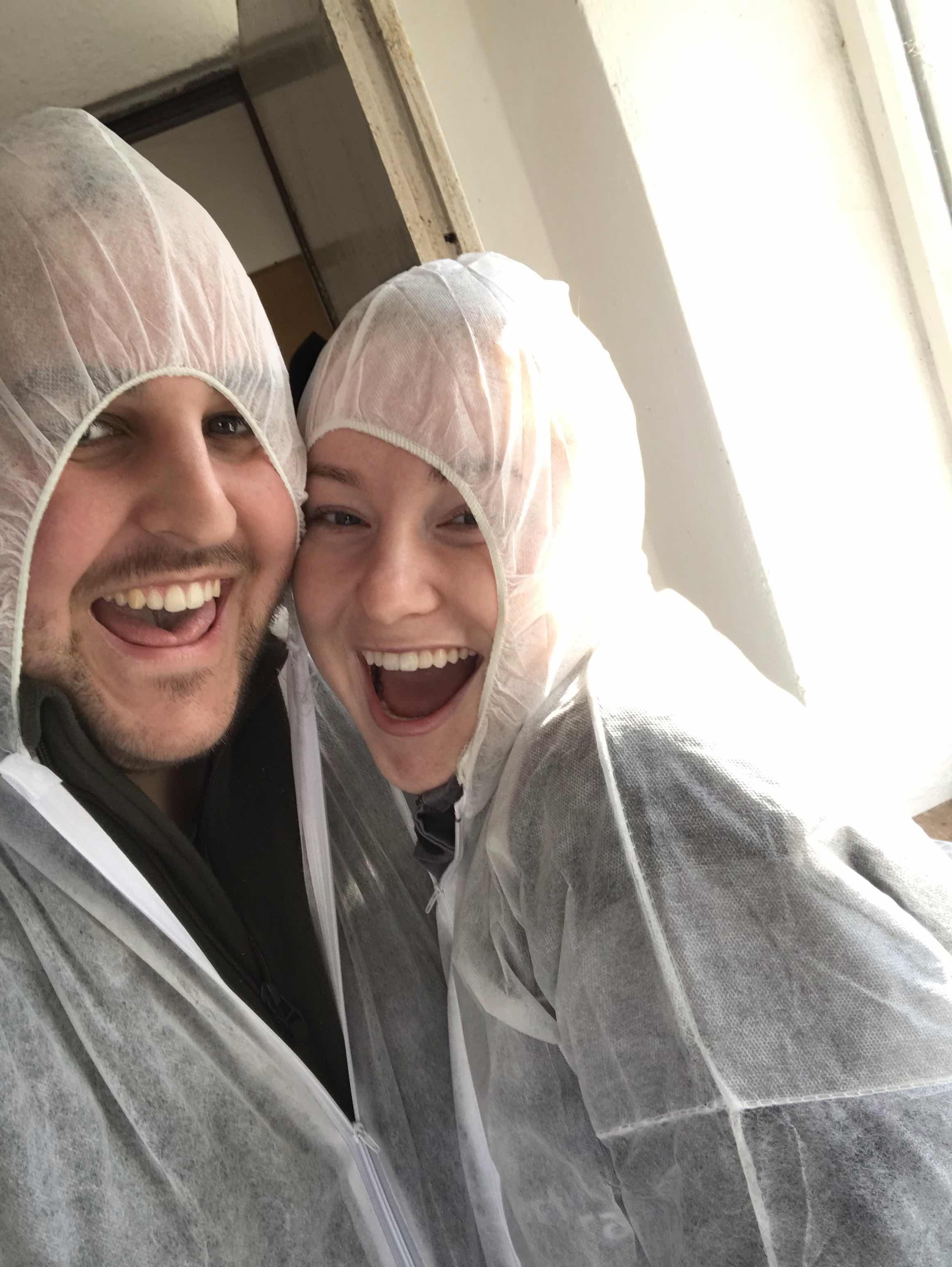 My group started with castrations which I've never seen done in piglets before, the best age to do them is younger than 7 days old but the ones we had were just over a week so that we could practice giving intra-testicular anaesthetic blocks and being bigger I think they were a bit easier.

It was the usual "no no you do first" with people nervous to do it so I went first and it was pretty straight forward - kind of like a cat (scrotal incision and exteriorise) and a calf (using emasculators).
Afterwards we applied a topical antibiotic powder, injected iron, vitamins E, D, K and vaccinated them.

We didn't take our phones in to the pigs because of biosecurity with African Swine Fever and zoonotic Salmonella etc so no photos of piglets!
Posted by Lewis at 10:27 AM No comments:

We're Going on a Job Hunt

I've been thinking about first job and where I'd like to work for a while, in that it's been in the back of my mind as I arrange EMS placements, speak to people and get a general impression of a practice. There are some locally that I know not to touch with a barge pole from the way they treat staff; you can generally tell as they have a high turnover and are always advertising for jobs. Others would be amazing to work at and rarely have vacancies as people never leave!
Cat and Bobby came out for the Vets4Pets Workshop a few weeks ago and I've been spurred on into applying for jobs.

I've been seeing practice regularly at the PDSA for three years which is a big charity hospital with a high caseload and lots of surgery, that's kind of become my normal so I'm looking for something similar.
PDSA have a graduate programme which I'd love to apply for but it's super competitive and speaking to a few grads we've had over the years the interview process is intense. The money isn't great but I figure I could live at home and it's more money than I'm on at the moment!

I know I want a busy practice within an hour of Birmingham where I can do lots of surgery, have decent support and seeing a few Exotics would be a bonus.
I'd also quite like a grad scheme as friends who have graduated in the last few years seem to be well supported so why not take the support if it's out there...
Posted by Lewis at 9:12 PM No comments: