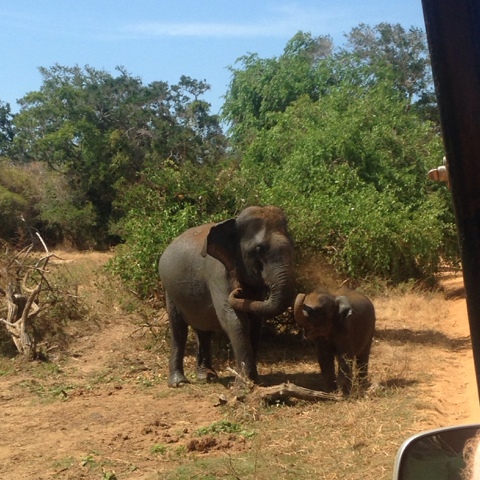 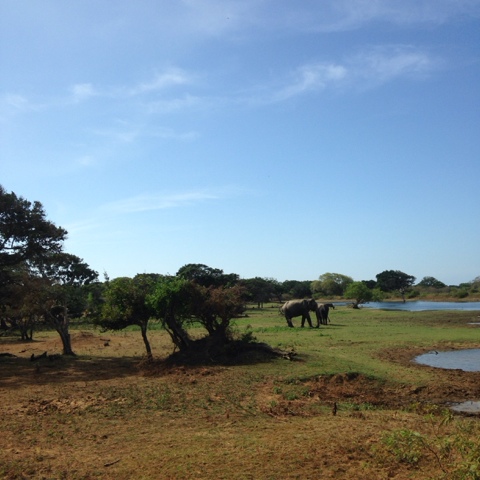 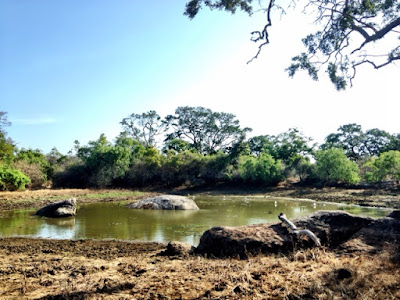 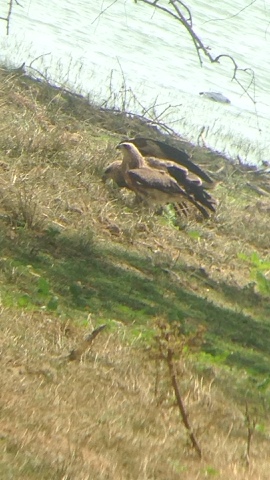 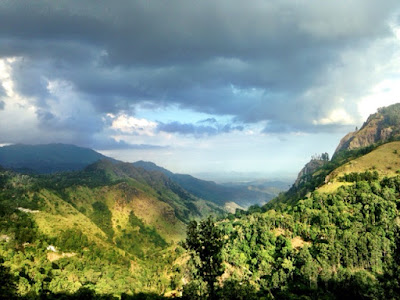 We arrived in Kandy last night on day 8 of our tour of Sri Lanka.

My parents and brother went to the Botanical Gardens but I spotted the Government Veterinary Hospital while we were driving, so walked back to have a look. 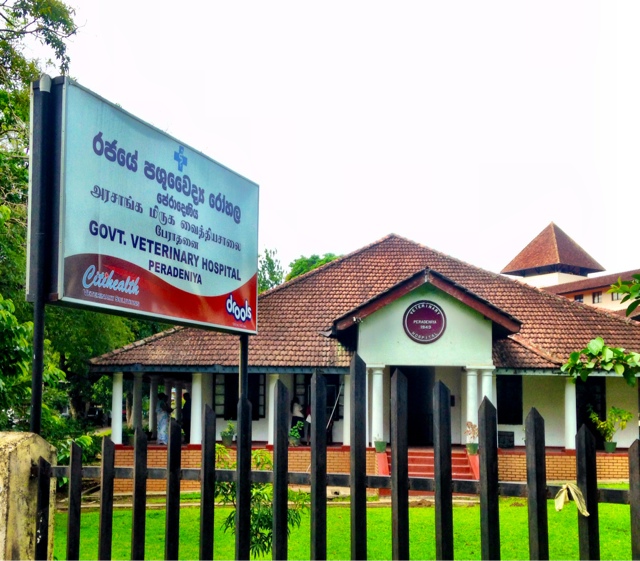 As I was walking up I asked a man if I could take photos, he asked where I was from so I explained I was a vet student from the UK. He introduced me to the Chief Vet Surgeon who gave me a guided tour of the clinic, surgery rooms, pharmacy, dispensary and kennels! 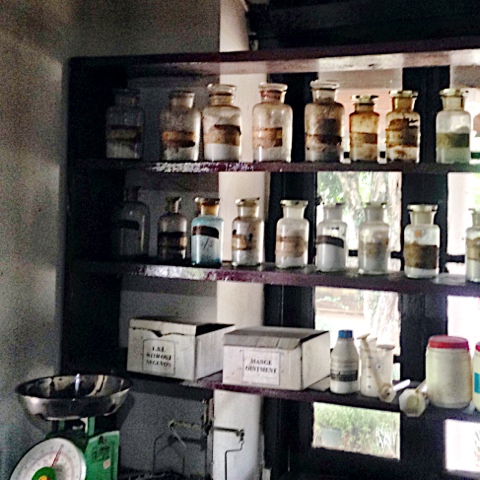 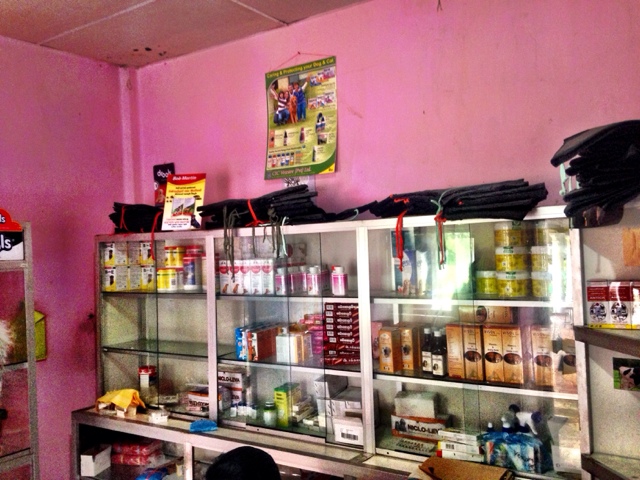 They have four surgery tables which were all in closed rooms behind glass, I couldn't see any gas anaesthetic machines but it all looked very clean and well organised. Surgery instruments looked like they were kept in glass cabinets and autoclaved as needed.
Consult tables were on the patio around the outside of the building under cover, I guess it's cooler and less stressful for the animals to keep them outside.
There was a price list above the door; Farm animals are free, Small Animal consult 20-30 rupees (10-15 pence) and a Rabies vaccination costs 50 rupees (24p). 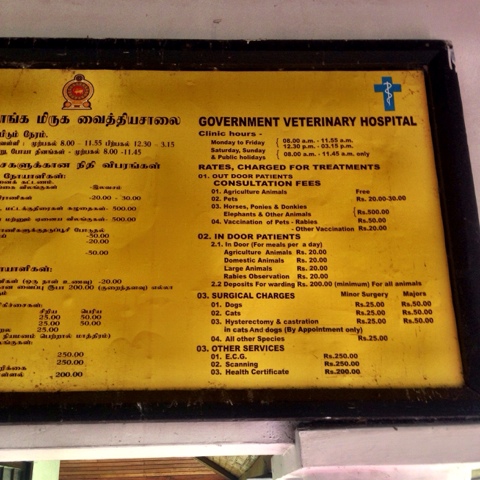 The clinician said they see a lot of skin conditions and parasites through the clinic which they manage quite well and mange, which I've seen a lot of when travelling the island.
I stayed to see a few consults which were Parvo, Distemper and Rabies vaccinations in young puppies, foreign body removal from a puppies ear and some really bad mange. 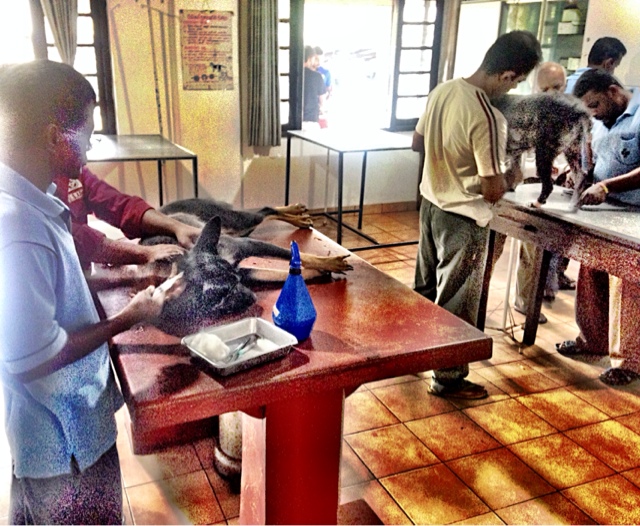 A big German Shepherd type dog came in on the back of a Tuk Tuk collapsed which they had to immediately put on IV fluids, I didn't get chance to ask what was going on in the rush but it looked like heat stroke which I'm sure they just see a fair few patients for.

They had kennels out the back for monitoring post-op animals, dealing with skin conditions and separate area for Rabies monitoring. 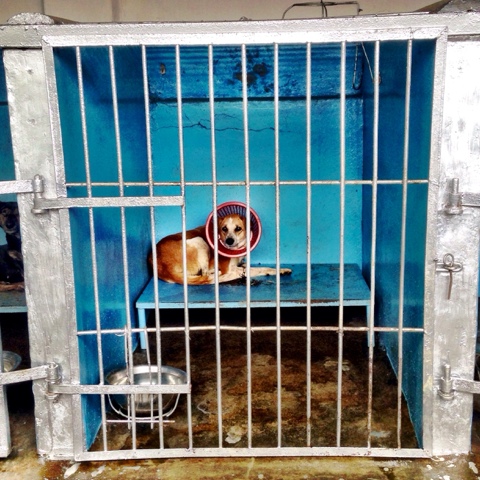 Love their cones of shame which looked like a small plastic laundry basket.

I got some videos on my GoPro so will compile and upload those when I can!
Posted by Lewis at 2:23 PM No comments:

Amidst the train strikes, a look at a Tube Driver vs a Vet in detail... 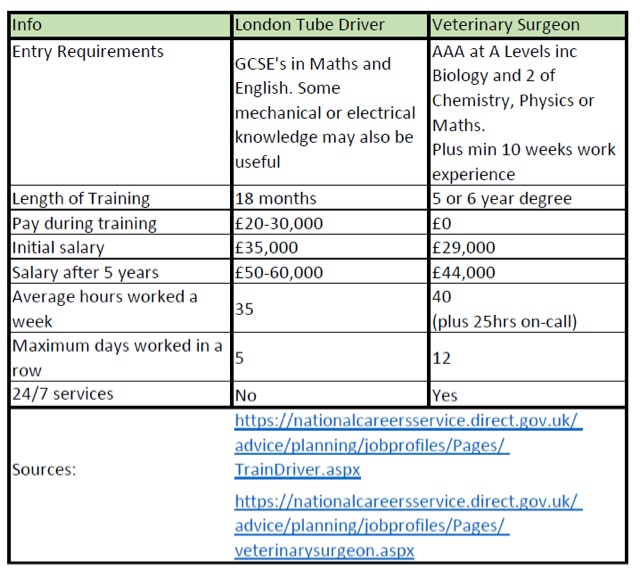 I popped down to Falconry today and we have two Little Owls in for rehab.

I'm not sure where they came from but they were bought into the clinic so we're looking after them for a few weeks and getting their weight up before they'll be released back where they were found. 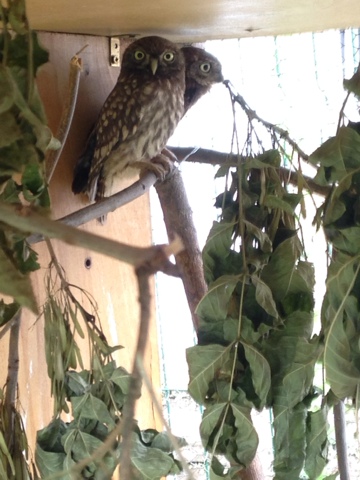 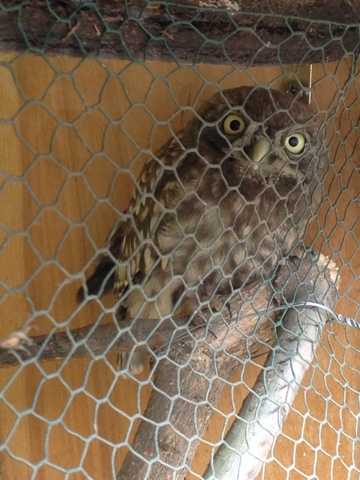 They're obviously quite timid so they're in mews outside with lots of branches, cover and hides holes away from the other birds for now.

I've never seen Little Owls before and didn't realise how small they actually were; they must be smaller than Mrs Clarence the Kestrel.
Love their little faces! 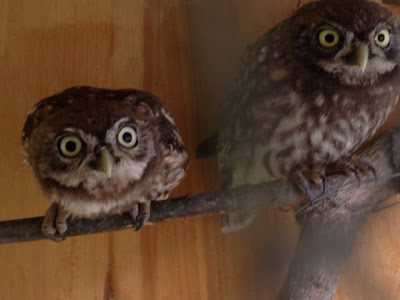 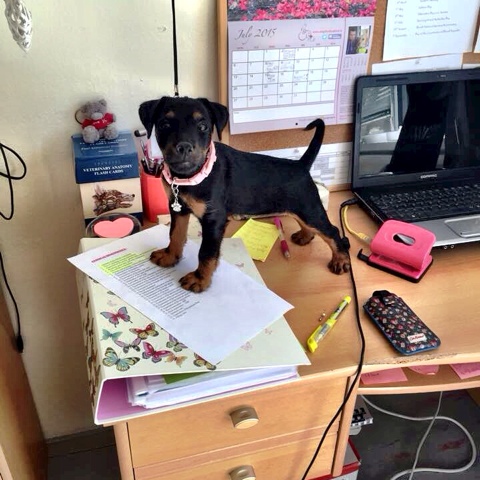 We took her for a walk with Potter the Chihuahua in the park and she's smaller than he is!
Halfway round her little legs got tired so I carried her the rest of the way 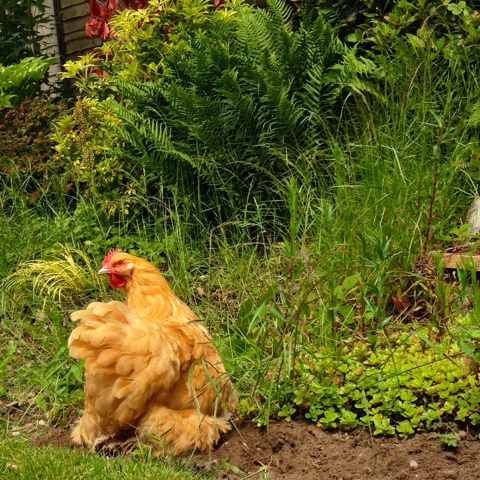 A family who hired a Brinsea Mini Eco from me have just hatched some chicks and they seem delighted.

They have three children under the age of 6 and hatched three chicks, so one each! 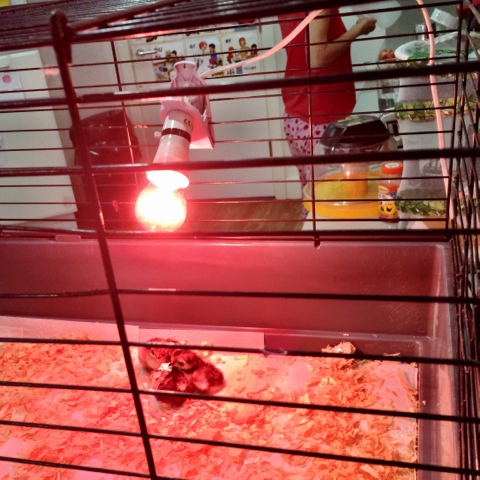 The eggs are from a local breeder, 5 minutes down the road, who said they should be Chocolate Mottled or Chocolate so will be interesting to see how they develop.
They'll be coming to me when they're bigger in a few weeks so hopefully will get one or two girls who can join our flock.
Posted by Lewis at 11:29 PM No comments:

I've had a few people message me to ask about dorms and what the rooms are like so hopefully this will help. When I first visited before coming I was worried about what we'd seen of dorms but now I'm settled in it's not an issue and I kinda like the place.
It's cheap, easy and convenient being close to campus and other students, especially during exam period for sharing notes, past papers and bones for revision; as everyone living in dorms are vet students it's not too loud either as we should all be studying at the same time.


Dorms are a 5-10 minute walk from campus and 20-30 minute walk into town - there's a bus stop right outside which either goes into town and train station or up to the Zoo/ski slopes.
There are two grocery store/supermarkets with cashpoints a 5 minute walk away, big Tesco is 20mins away and Vet Bar opposite does decent food and drinks; €3.50 for a pizza. On the ground floor there's a takeout pizza place, canteen and vending machines and 'F Club' a bar underneath dorms. here are three gyms, a sports hall and outdoor basketball courts which people arrange games of football, basketball, volleyball and badminton each week.

International students get a room to themselves whereas Slovak students share so as the rooms are meant for 2 people they're pretty big, much bigger than UK student halls I've seen. They come with:
2 single beds which can be pushed together to make a double or stacked to make a tall single
2 desks, 2 chairs, 2 desk lamps
2 shelves and a large wardrobe
Sink and mirror
Fridge (some have a freezer, mine doesn't)

We are allowed to decorate and keep our rooms for the whole time we're here which is good as we don't have to take everything home for summer as in UK halls. Some people are lucky that the people before them have left things but I guess that's down to the luck of the draw. As more people who have decorated are graduating, I guess the odds of having a better room are increasing?

When I moved in my room was bright orange with a bed either side of the window and desks in the middle: 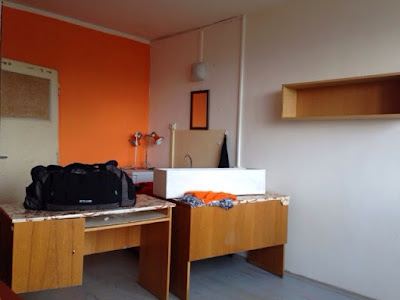 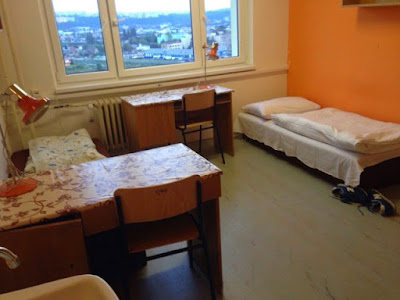 There is a tiny kitchen on the corridor with a sink, cupboards and hot plate but I've never been in there and most people tend to cook in their rooms. The bathrooms have just been redone so they're alright with 3 showers and 4 toilets for the 10 rooms on the corridor - there's a washing machine on nearly every floor.

We painted our rooms the first few days we arrived to make it our own before we unpacked and settled in. The girls both went for purple but I just painted mine all white with one grey wall and a bit of grey around the sink

I've inherited a shelving unit since then which I still need to paint and have bought things like the oven, kettle and microwave.
Once you get unpacked, put photos up and start using the room you find out which layout works and settle in pretty quickly.

At the moment we pay €120 (£85) per month and only half rent when we're away for Christmas, Easter, Summer which is a bargain and I paid more than that per week for my previous student accommodation!

The best thing is the view over Košice... 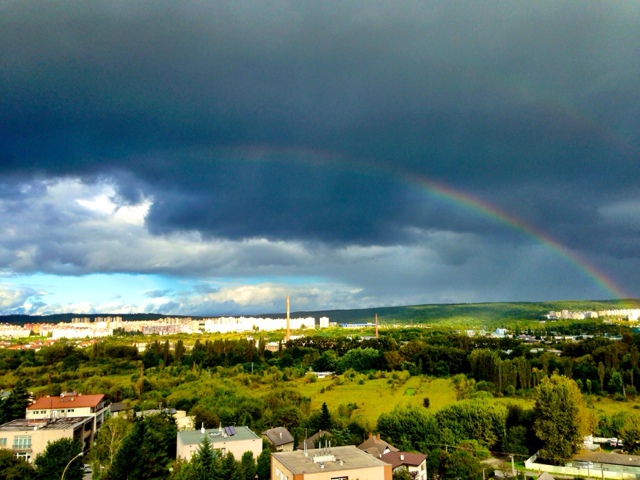 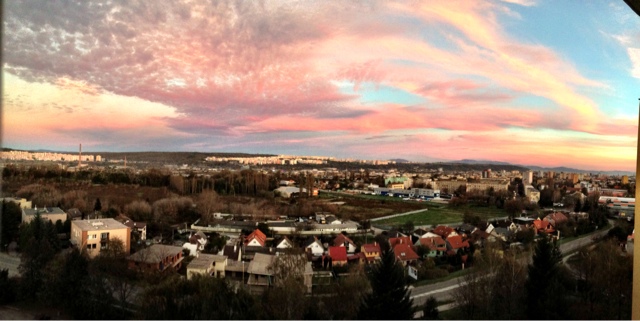