I had an awesome time at Glastonbury this year and don't want it to be over.

I was working rather than visiting this year so was there for 9 days doing 12hour night shifts, 8pm-8am.
Even so, we managed to catch a few acts in the daytime and could just about hear the Pyramid stage from our shop.

It was Danny's 21st birthday so we had a BBQ and cake then headed to Arcadia bar for a few drinks. 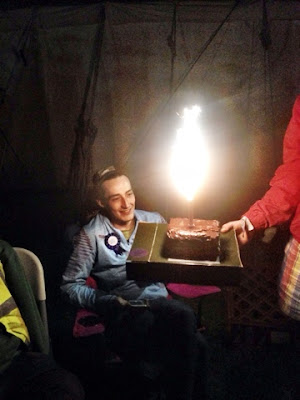 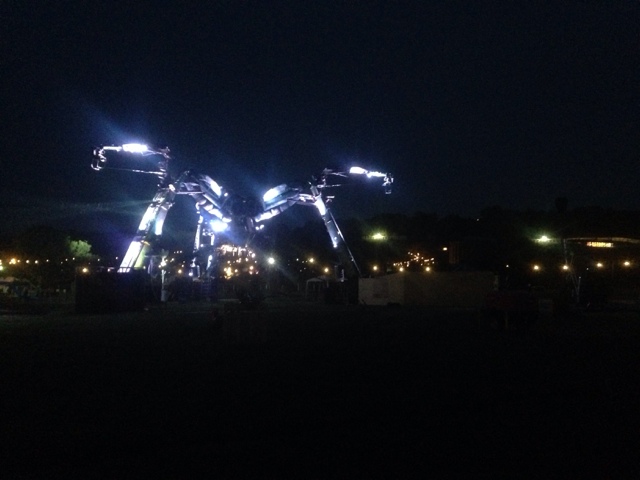 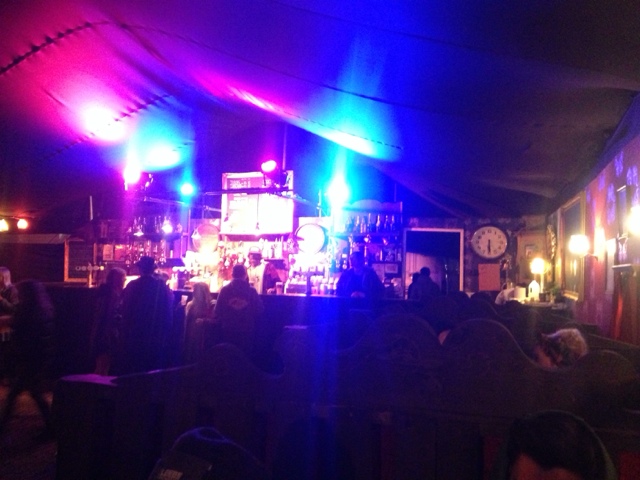 We went for a walk up to the top of the hill overlooking Pyramid and it was crazy seeing the field so empty, no punters or tents and pretty quiet... 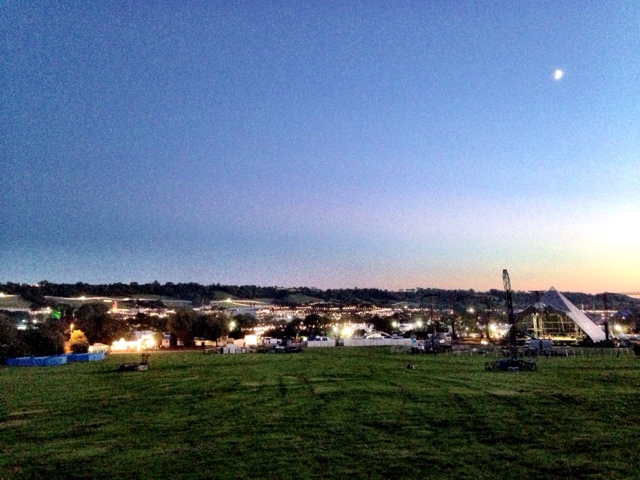 A week later on Sunday afternoon in a similar spot, the whole place was completely different

Highlights have to be Jessie Ware, Lionel Richie and Alt J, we managed to catch the first showing of the new Amy Winehouse film which was really good... Overall concensis was that Kayne was a massive disappointment, his Bohemian Rhapsody was awful 😂

We had a little bit of rain but nothing compared to last year and we didn't reeally need wellies this year. 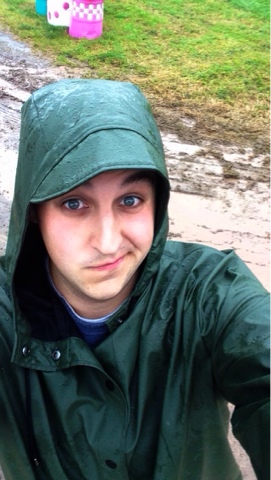 Oxfam were there with their campaign, 'Get lippy. End poverty' so Nat and I had to join in... 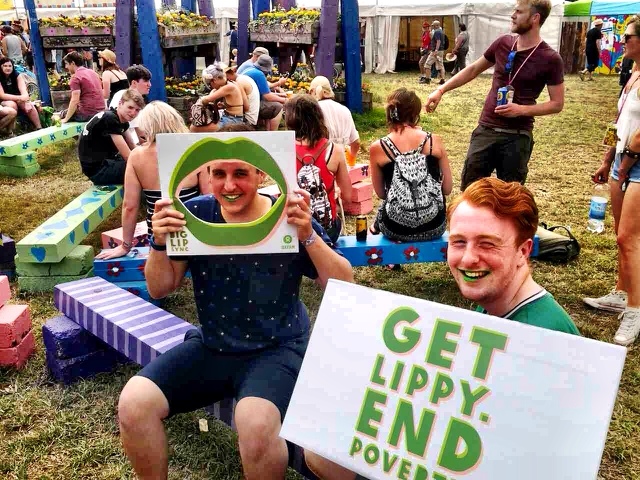 Overall we had an awesome week and I can't wait for next year!

I'm back at BBC Gardeners' World Live and BBC Good Food Show at the NEC this year with PoultryTalk.com and it's been a great week. 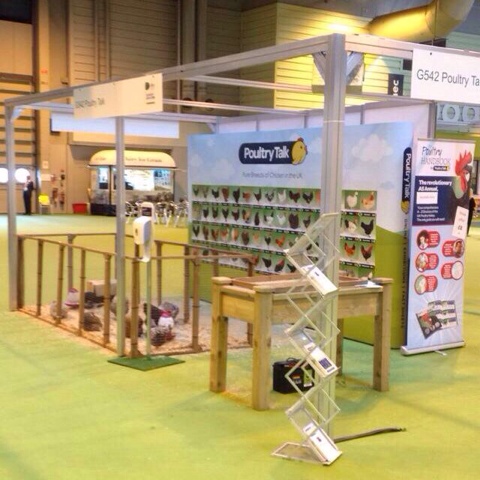 I've been attending the show for the last 5 years and still find new and exciting things to see each year; this year was definitely the year of Salted Caramel and I paid several visits to The Brownie Bar and the Little Round Cake Company...

We're basically there to promote back garden poultry keeping, giving advice and answering any questions people may have. 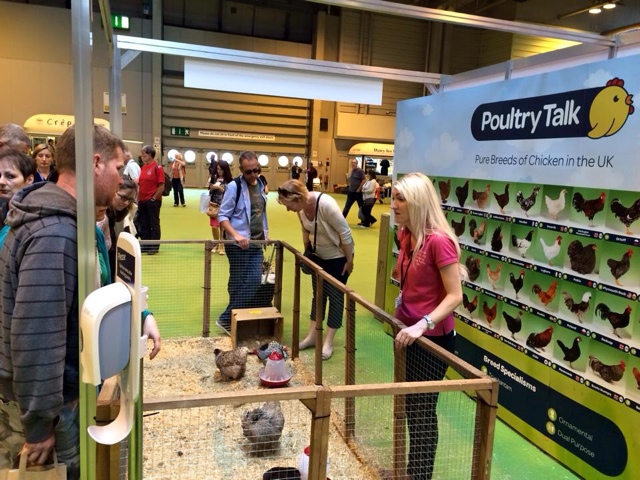 I'm obviously a little biased but really believe chickens are great garden pets and can help gardens become more productive and people become more sustainable; not only with the fresh eggs daily but also manure as fertiliser, weed and pest control.

There have been a few upgrades to the stand this year with a 50" Plasma screen and a wireless PA system for giving talks and presentations. 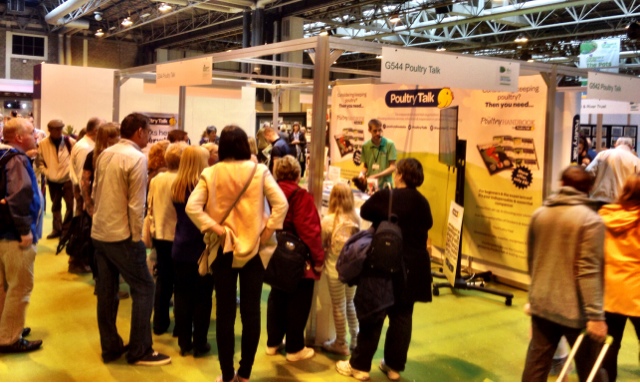 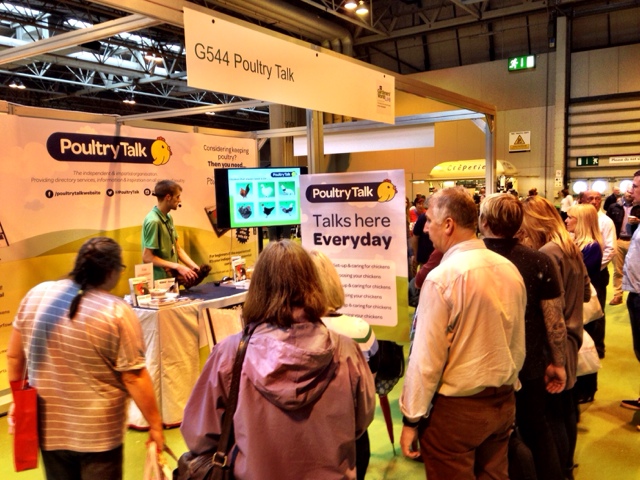 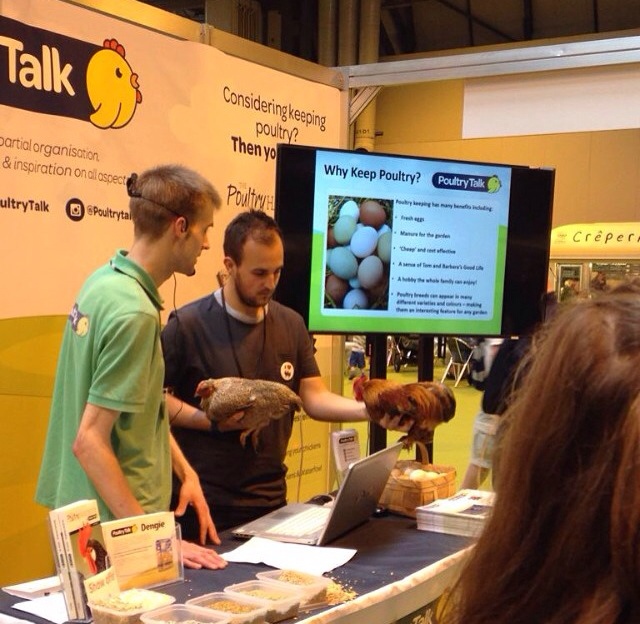 The talks were really well attended and we had lots of people asking questions after each talk, coming to meet Tallulah and to buy our new Poultry Handbook. 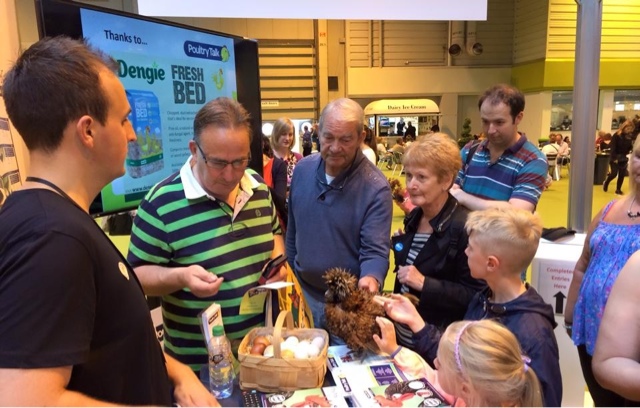 I also did a few talks in the VIP Lounge which had a more relaxed environment where people were I was able to walk around the room letting people hold the chickens, advise on where they can get chickens and answer specific questions.

Tallulah the Frizzle Poland was the star of the show as always and she was great with the visitors, letting them stroke her and posing for photos. 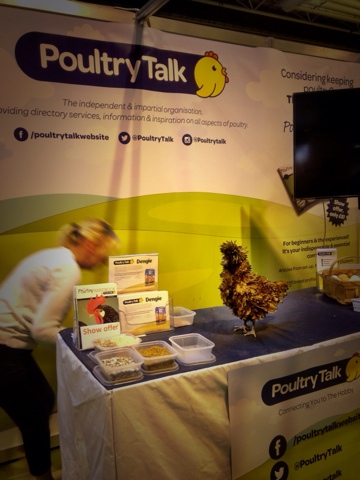 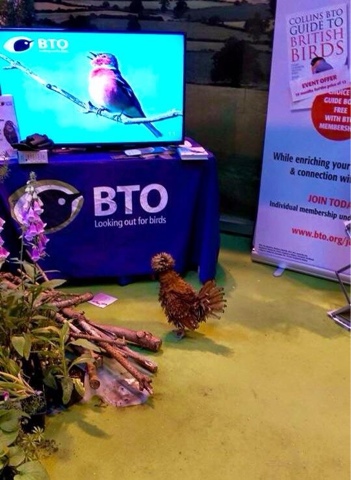 She even had a visit from celebrity Skinny Jean Gardener Dale from CBBC's Blue Peter! 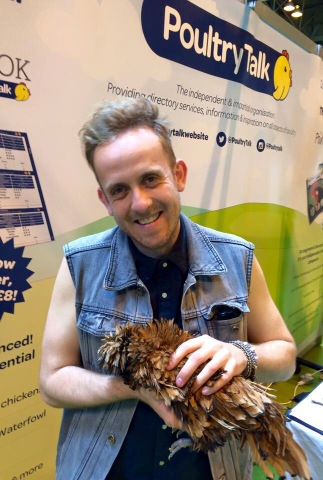 It was really nice to catch up and spend a week with friends Jamie, Wendy, Paco and Jenna. 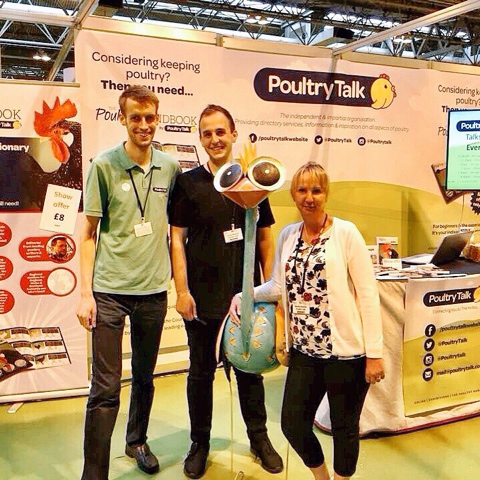 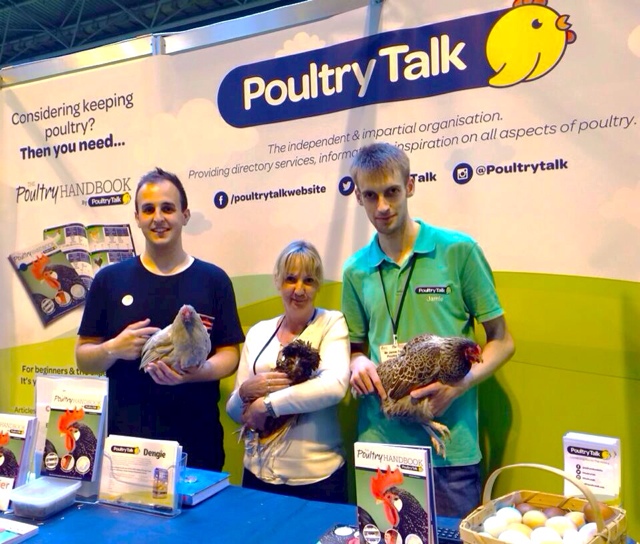 Gary is on the way to England!

Gary the kitten found on the streets back in October who was then called Gizmo and only staying for a few weeks is heading to England for summer!

I don't even particularly like cats and am allergic to them but Gaz worked his way into my heart and I couldn't give him up could I? 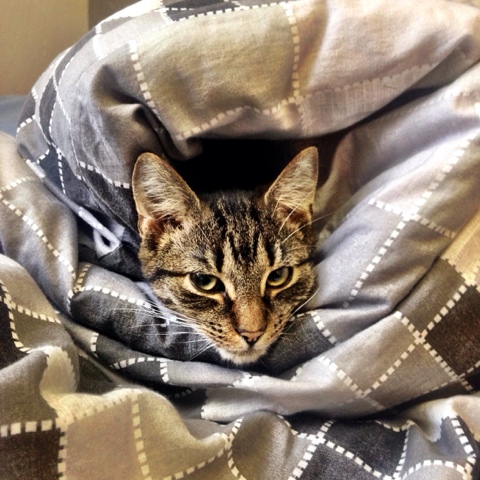 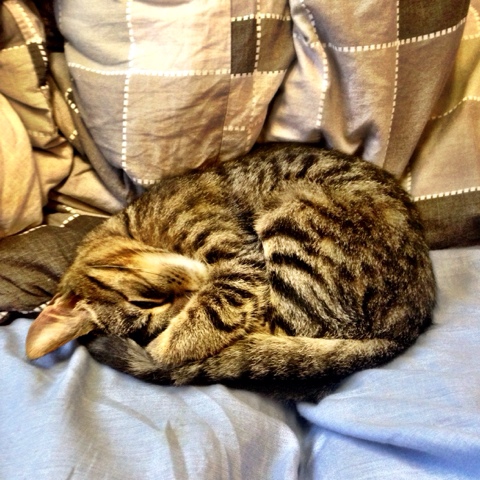 He was castrated and vaccinated before Christmas then I sorted his PETS Passport last month.
I took him to the Small Animal clinic at Uni on Saturday for a final vet check and wormer and he's set to go!

I was originally planning to get a coach or train home so I could travel with him but the time and cost made it seen easier to send him with an animal courier. He was picked up from dorms on Sunday and after a brief stay with the courier he will be delivered straight to my house on Wednesday! 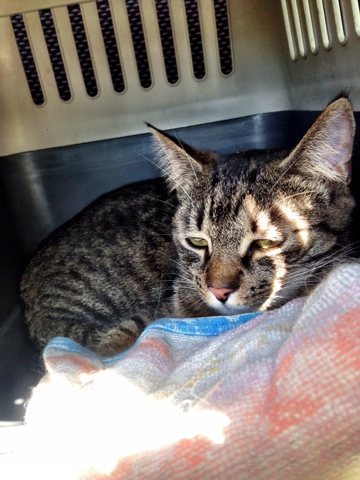 We took Iggy the Peregrine to have her feet cleaned and rebandaged today, after her Bumblefoot surgery a few weeks ago.
Peter took the old bandages off, cleaned her feet with Betadine, scooped out any remaining pus with a surgical curette and applied more anti-inflammatory and antibiotic Bumblefoot cream before redressing them. 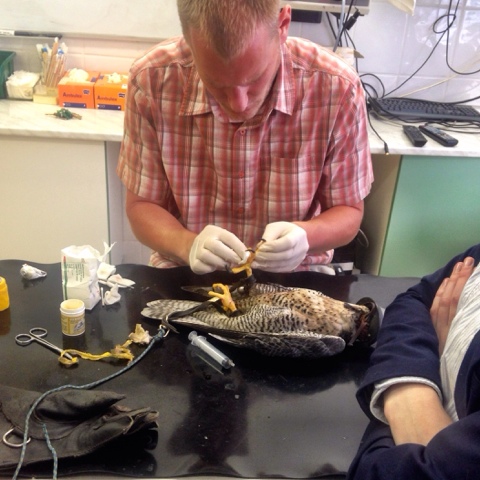 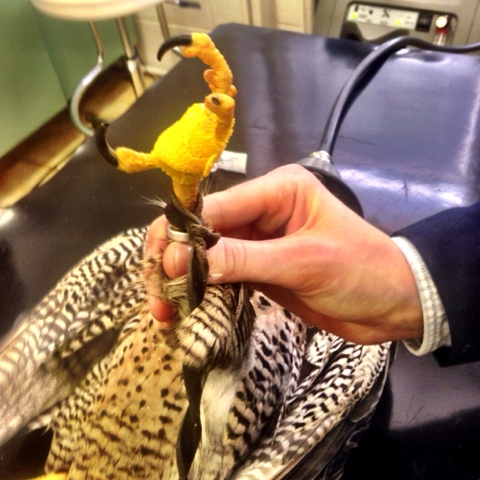 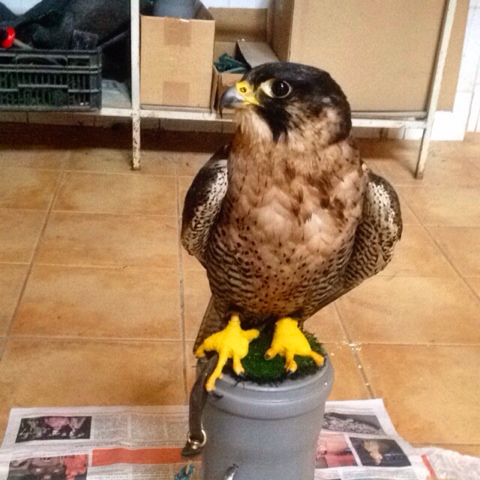 She's been on antibiotics injected intramuscular every day and done really well with us in the few weeks she's been here and is now heading back home to her owners in Austria.