What is this furry lionheaded creature?

The new chickens met Watson the rabbit earlier and seemed really interested in him! 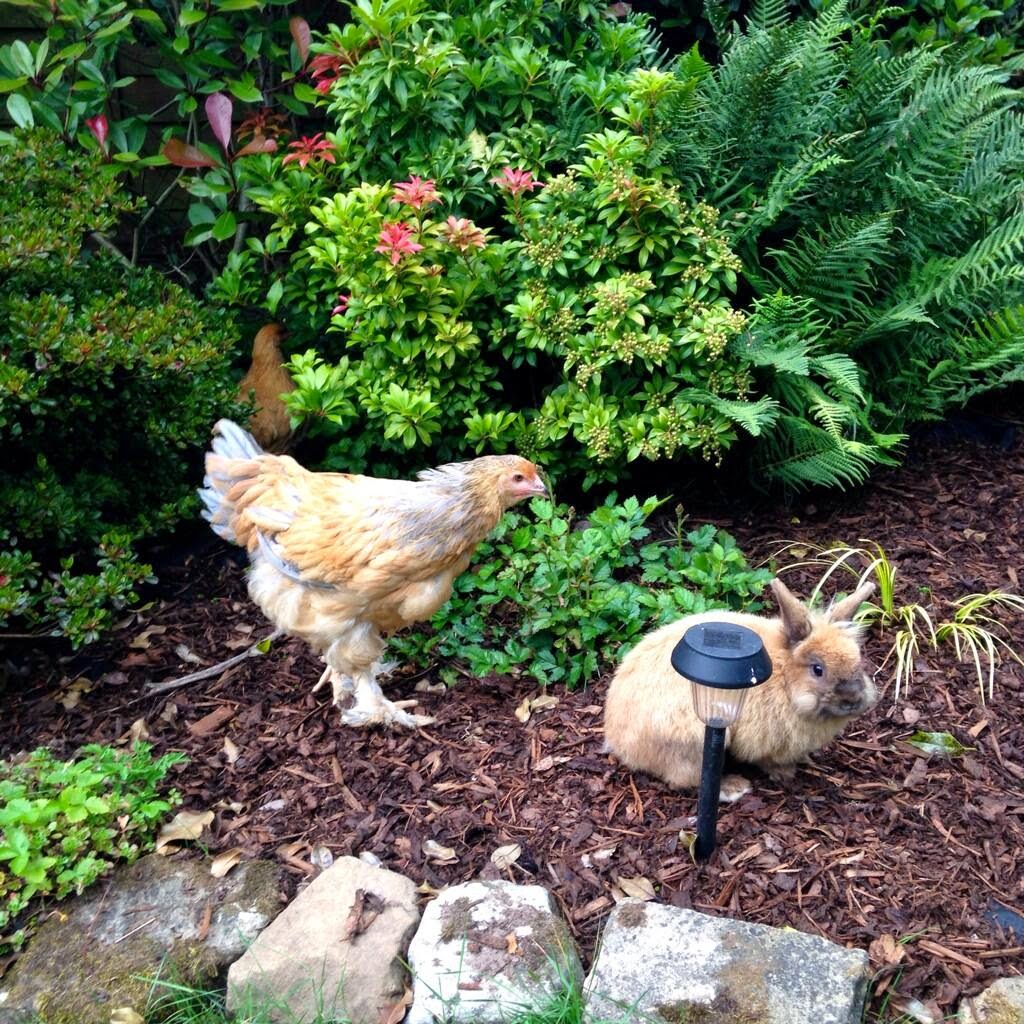 He wasn't bothered and just scootled off
Posted by Lewis at 6:54 PM No comments:

One year ago today

Exactly one year ago today I graduated from Aberystwyth University with a BSc in Animal Science.

2 months today I move to Slovakia to become a Vet Student...
Posted by Lewis at 9:21 PM No comments: 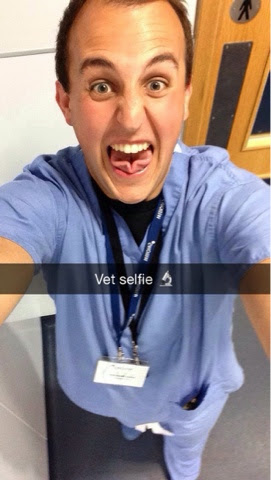 Plenty of puppies at Willows

Had another great day at Willows Referrals today - lots of puppies!

We had a Shih Tzu type dog come in earlier who had a pregnancy scan 2 weeks ago and the vet could see what had started as a foetus but had stopped developing - the owners were really upset as they'd been to a champion stud so were hoping for a puppy for themselves.
Emma the vet said to bring her back in 2 weeks (today) to see how she was getting on and it sounded like the bitch had been carrying on with a phantom pregnancy.

They decided to do a quick ultrasound to check she'd reabsorbed the foetus and to Paul's surprise there was a live and healthy developing puppy!
It seems like she had 2, one of which was being absorbed, and they could only see the one last week. We saw the heart beating and the owners went away delighted; even though they've just got a puppy as they didn't think they'd be having their own.

We saw the cutest little Sheltie puppy come in for his first vaccines today who was only just over 1kg.
He was really shy but was brave and didn't react to his injections.

Then bounding in came a Dogue de Bordeaux jumping up all over me. His owner said straight away that he was harmless and not to worry even though he's massive and he was really nice, just covered me in slobber!


It's been a really good week and I'm amazed at the facilities and work they can do.
At first it was a bit overwhelming at how specialist some of the work is but then they are a referral centre so they will see all the specialist cases.
Posted by Lewis at 5:04 PM No comments:

I've been on placement at Willows Referral vets this week in Solihull and it's been a great placement so far.

The centre was built in 2009 so everything is purpose built and brand new, designed with the animals and staff in mind. They have 15 consult rooms, 100 kennels and cat wards and the facilities are unreal.

(We're not allowed to take pictures of clients so I stole these off their website)
Yesterday I sat and watched several MRI and CT scans on dogs which gave amazing diagnostic results and Paul the vet operating them had such an amazing knowledge he could see exactly what the problem was and diagnose in real time as the scans were taking place.

I've been mainly with the Primary team doing consults - things like puppy vaccinations, first opinion consults, operations follow ups etc which has been really good so I can learn the basics again.
4 years ago before I went to Uni I knew exactly what vaccines kittens and puppies have, what age they have them and what they cover but at the start of this week I'd forgotten it all.

Today I was in surgery for most of the day; there are 5 operating theatres and 4 theatre prep tables so always lots going on down there!
First thing I saw a dog come in for a primary consult who cut his front paw pad on something in the park yesterday and it was still bleeding. We admitted him and I followed him down to theatre to see the pad get sutured back together.

Next we had a dog with migratory foreign bodies, presenting as swellings under the skin.
They did ultrasound to find the object (as it was migratory) and marked it with a needle and he was then taken to theatre to have the object taken out, which turned out to be a 2-3cm grass seed! They did the same with the other lump which when opened up and investigated was another 2 grass seeds!

I then watched an Osteo operation on a cat with a completely fractured femur which they reset into the correct position and fixed with metal plates.
Another Neuro/Osteo operation I saw was on a dog with a slipped disk which was impinging on the spinal cord and so obviously massively specialised surgery. It was a really long operation and so not very exciting to watch but James the vet was really nice and explained what he was doing as he went through the operation and would pause at each step so I could see what he was doing, he explained the anatomical features as he went thorough so it was amazing to be able to see!

The staff were all really nice and treat the animals as if they were their own pets which was really nice considering how big the centre is.
I've never had a cat or a dog and not got much Small Animal experience so when they were asking me to hold dogs and cats to place a cannula for injections and things I was a bit out of my comfort zone so it was good to see how to deal with them really.
I'd love to go back in 4 years time once I've (hopefully!) qualified and experience it all again.
Posted by Lewis at 11:56 AM No comments: