Notary and Apostille of A Levels

Studying abroad means that I'll have to get my A Level certificates certified and translated for the Slovak government.
The first step is to get them notarised by a Solicitor or Notary Public - they copy the document then stamp, sign and seal it to show they certify it as a true copy of the original.
The notarised document is then sent to the FCO (Foreign & Commonwealth Office) to apostillise it as legal and certified.
THEN I will take that document to Slovakia to be translated and sent to the Slovak government.
It's taken me a while to get my head around it but that's how I understand the process works at the moment.
Prices to get this done vary massively so I emailed a few solicitors asking for quotes before I got it done.
The solicitor I went to charged me £40 for the notary and I'm sorting the apostille myself; the FCO charge £30 plus postage but if I'd have asked the solicitor to post it off their handling fee was £57!
Other people I got quotes from charged £55 for the notary, £60 to verify the copy and £70 for the apostille so it is definitely worth searching online first.
Posted by Lewis at 11:04 PM 1 comment:

I guess that now I've been accepted I should probably post a bit more about the vet school I could be spending the next 4 years of my life at!

The University of Veterinary Medicine and Pharmacy is in in Kosice, the second biggest city in Slovakia - behind Bratislava, the capital.
I was born and raised in Birmingham, England's second city but Kosice is ever so slightly different! 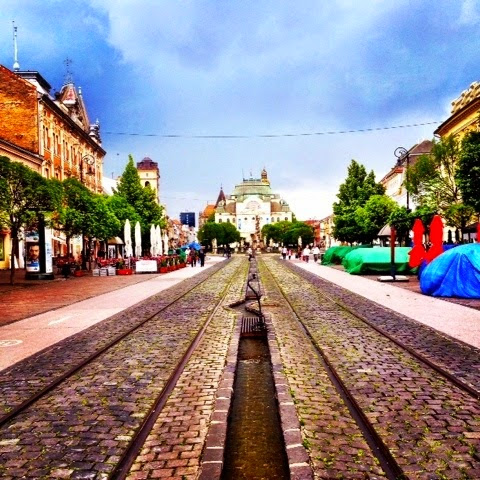 They offer a 6 year course for A-level leavers who have to do an entrance exam as well as a graduate entry 4 year post-BSc course for animal or science related degree schemes. The courses are ran in either Slovak or English so I'll be with lots of other English speaking international students from all over the world.

At the end of it we end up with a DVM qualification; Doctor of Veterinary Medicine.
The course is fully accredited and allows you to register with the Royal College of Veterinary Surgeons (RCVS), the same as all the UK universities, which means I can practice in the UK and the EU.
It's also accredited by EAEVE, European Association of Establishments for Veterinary Education, which Martin from the Uni explained when we visited, the same as the UK vet schools.

Accommodation in dorms is €120 a month during term time and half price during summer months which averages out at €100 a month over the year and equates to £80 a month. I paid £80 a week to live in Aberystwyth and have friends who pay £140 a week in Manchester and London!
The cost of living is comparable with food being a lot cheaper but other items like toiletries being slightly more expensive than the UK.

I was worried about potential employment after studying abroad but having spoken to a few vets, they don't see it as an issue. One of the vets where I saw practice in Aberystwyth studied in Budapest and the more senior vets I spoke to said they were impressed with how practical the course seemed to be. As long as the course is accredited I will be fine and as more and more students are looking abroad for their studies, the prospects can only get better.

The way I see it is living and studying abroad can only be a good thing and rounds you as a person. When else may I get the opportunity to move away and live in another country without ties of a mortgage or family?

Been accepted into Vet School

I didn't mention it before but I applied to UMV Kosice vet school in Slovakia a few weeks ago and have been accepted onto the 4 year post-BSc course!

I'm obviously really excited but also quite daunted at the prospect; since graduating I've settled at home, have a full-time job and the money that comes with it, a new car, friends and family all around me and hadn't got my head around moving away again, especially not to Eastern Europe!
But its been a few weeks now since I applied and got accepted and visiting both uni's definitely answered a lot of questions I had and I'm looking forward to it.

Since we visited I've put myself off studying in Budapest mainly due to the extra 3 years it will take me and the extra €30,000 fees (not including living costs) that goes with that.
I really really loved the city of Budapest and could really see myself living there and would love to study there but Kosice is winning at the moment.

It also costs a lot more to apply to Budapest, €200 application plus €250 entrance exam, which isn't much in the grand scheme of things but a lot of money to waste applying if I can't see myself there.

Before I go I want to get some more placements seeing practice in vets and have sent emails to all the local practices - so far I've had 1 rejection and 1 email saying its been forwarded to the practice manager.
I've asked my office job if I can go down to 4 days a week (either part time or do 4 longer days) which they were reluctant to do but they know its for my career and if I can't do 4 days I'll hand my notice in to get work experience...
I've worked 8am-8pm four days a week and 8-4 on a Friday for a good few months now, so one day a week off seeing practice would be ideal.
Posted by Lewis at 3:30 PM No comments:

We've been saying for literally years that we need to visit the vet schools in Budapest and Slovakia but have never got round to arranging it 'cos people always had something in the way or couldn't do a certain date, so a couple months ago I looked at when the cheapest flights were and just booked it.
I put on Facebook that I was going with an open invite to come with and 3 other friends booked, so at least I wasn't going on my own.

We arrived in Budapest on Sunday evening and spent most of the week there - I love the city! It has a cool, trendy vibe was really clean and reminded me a lot of Berlin.
It's really easy to get around and nearly everything is in English which I didn't expect. 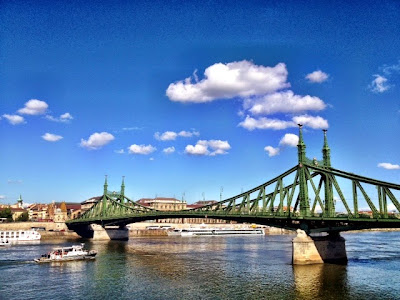 We went to have a look at the Uni and for a quick self-guided tour as there was noone from the uni to show us around. I didn't realise they didn't offer a shorter post-BSc course so minimum is 5.5 years and speaking to students, on average it takes 7.5 years!! The campus was great with pretty modern facilities but it was tiny (much smaller than my secondary school) and there were no animals on campus.
Apparently they have a really high fail rate so people end up doing retakes, taking inactive semesters to revise or retaking semesters if they failed it previously.
It was really good to speak to some 5th year Norwegian girls who were (a bit too) critical but told it how it is so we're prepared for what the course is like.

On Thursday we hired a car and drove 250km to Košice in Slovakia - I drove and we survived!

Kosice was completely different to Budapest; very little English in the town and much less touristy. 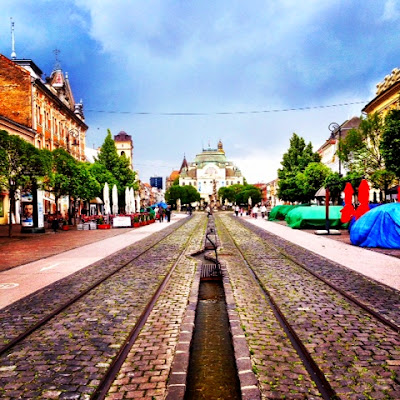 We met up with Louise, a friend from my undergrad BSc, who is now a 1st year in Kosice and went for dinner. We went to Piano bar and ordered pizzas in English and the waitress understoon us fine, even if we had to do a bit of pointing at the menu!
I guess if I move out there I'll pick up some of the language and will get to know the places to go, though that said, they have a McDonalds, two 24hr Tesco's and a Marks & Spencer!

The next morning we went to visit UVMP Kosice (University of Veterinary Medicine and Pharmacy) which was a quick tram ride away and pretty easy to find.
The Uni seemed to have good facilities, we met Martin and Denisa from the Foreign Office who gave us a tour of campus and answered lots of questions for us. 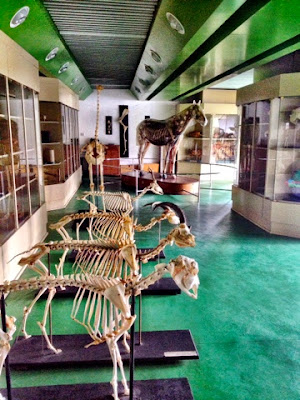 Lots of the buildings are older but they're obviously spending a lot of money developing it and building new facilities all the time which I was really impressed with. I guess as more international students are going out there to study it is building up the reputation and facilities so things can only get better.

A new Equine clinic with stables was built last year with cameras for 24/7 observation: 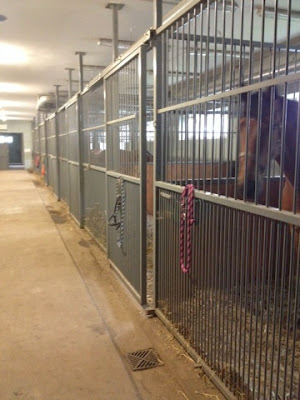 Every stable has a separate yard so the horses can go outside if they want to. There was even a lecture room which looked onto a horse operating theatre which was a neat idea!

The only thing that really put me off was the dorms accommodation, but in saying that, it's only €120 a month which is silly cheap compared to home! We had a look at adverts for private apartments which were about €420 a month for 2 people so still pretty cheap and about half of what I paid in Aberystwyth.

They're both completely different universities and vet schools and not at all what I expected so I'm really glad we came. I've made a list of Pro's and Con's... If I could put Kosice University in the city of Budapest that would be perfect!

I now have some thinking to do and life decisions to make!
Posted by Lewis at 12:07 AM No comments: