I've had a great weekend at The Edible Garden Show, with a right Royal visit.

This year the show has moved from Stoneleigh Park to it's new home at Alexandra Palace, so I went down to London on Thursday night to help set up our stand. As usual we were running late so most of it was done on Friday morning but it all came together in the end!

We were at the show to promote the keeping of chickens in the backgarden as well as showcasing some of the pure breeds of poultry. 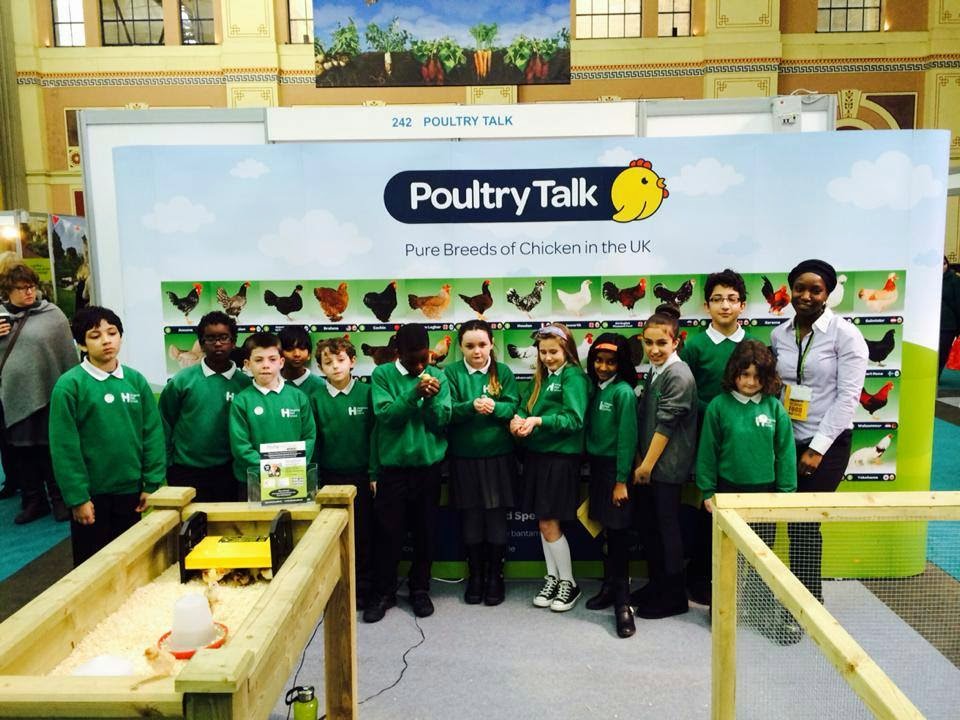 We took along our signature ChickenWall containing 60 photographs of pure breed chickens in the UK as well as a table of day old chicks I hatched in my antique incubator and some adult birds too. 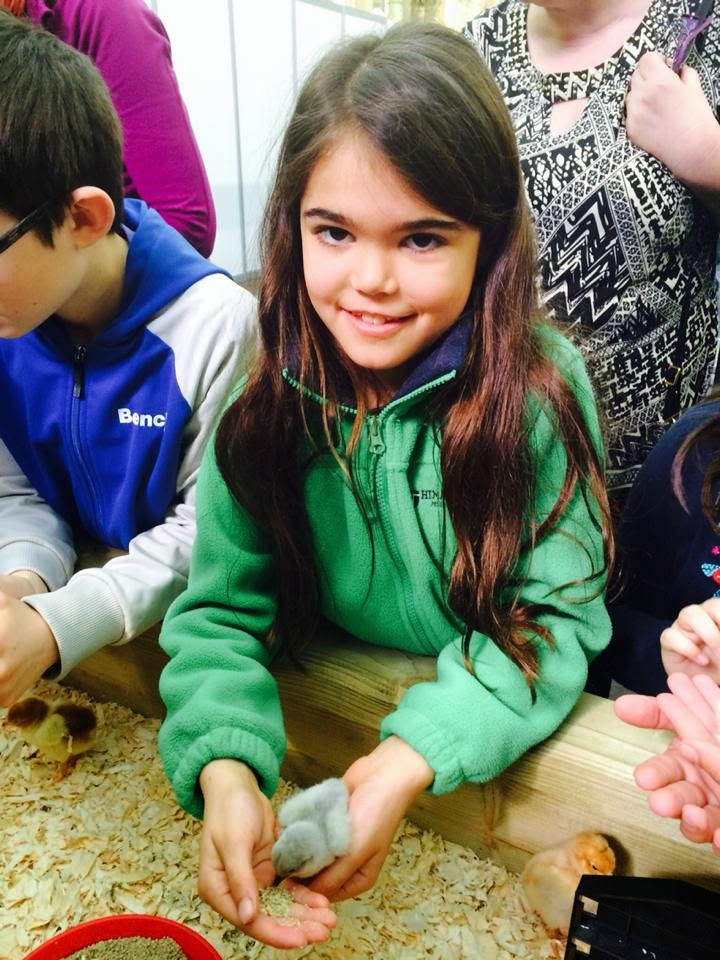 As we were at Alexandra Palace, HRH Prince Charles and Camilla visited the show on Friday morning and came over to the PoultryTalk stand to meet my Pekin Bantam chicks... 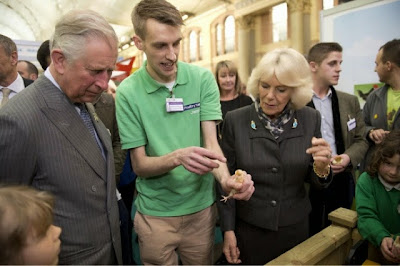 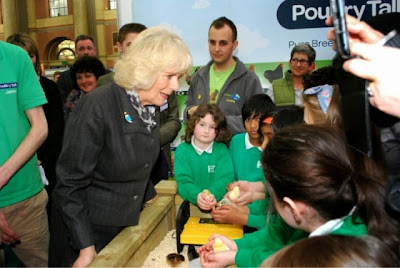 Prince Charles asked Jamie all about what we do, how long the chicks take to hatch and about the incubation process while Camilla held a chick and spoke to the school children on the stand.

The chick she held she also named with the school children; they decided on Rosie! 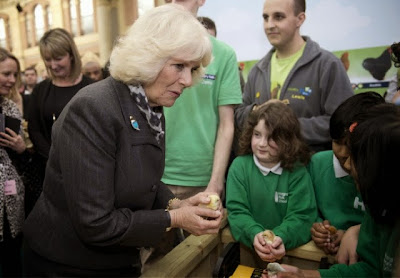 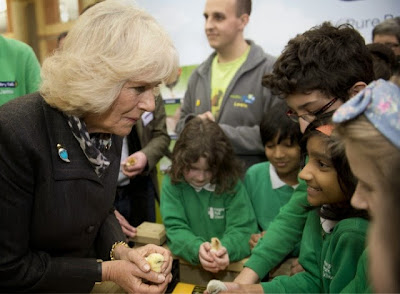 After that the rest of the weekend seemed to fly by and we had a great response to the stand.
I had a great time walking around the show networking, speaking with other stallholders and befriending celebrity botanist James Wong. 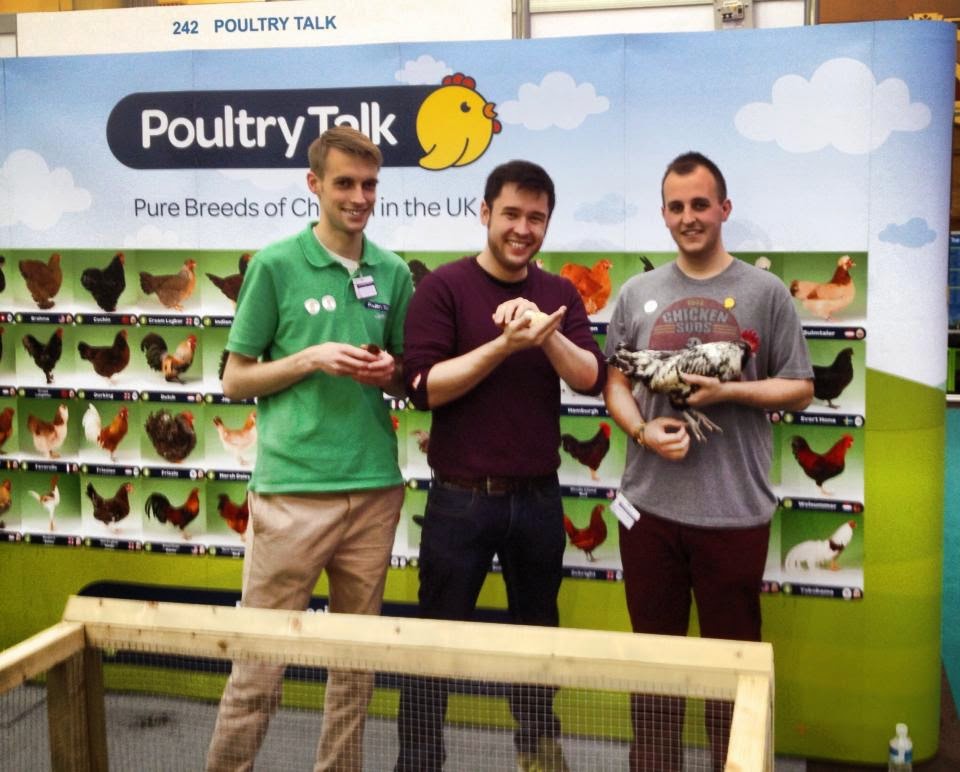 I did a talk in The Experts Theatre on Sunday afternoon with Naomi from British Hen Welfare Trust talking about the basics of how to keep chickens, what they eat and require for housing, where to site them in your garden followed by a Q&A session.

Looking forward to next year already! 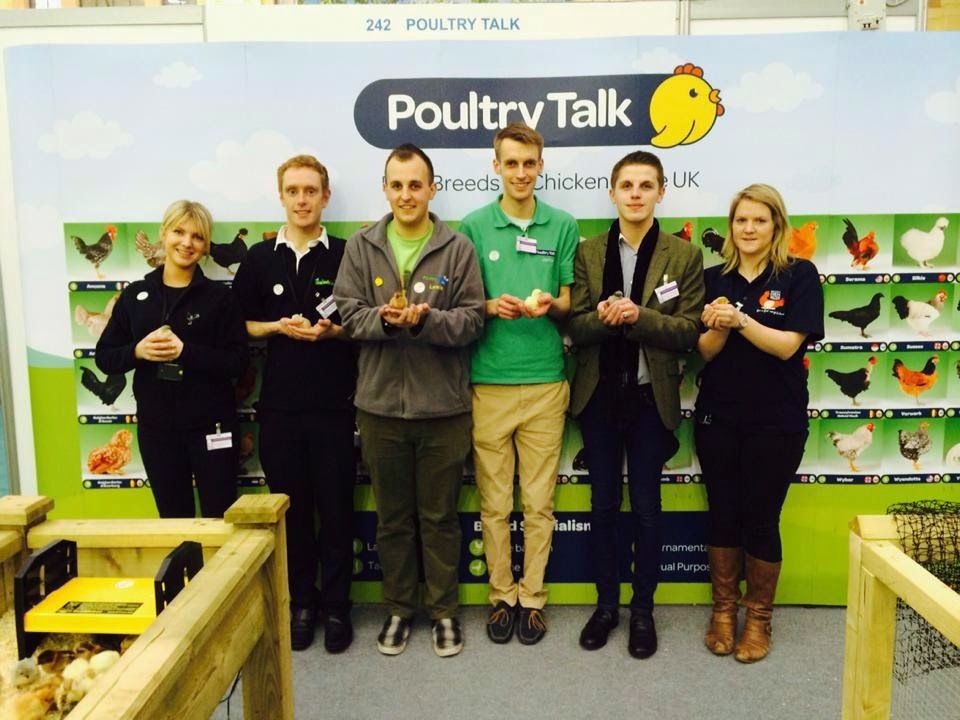