Published in the Veterinary Times 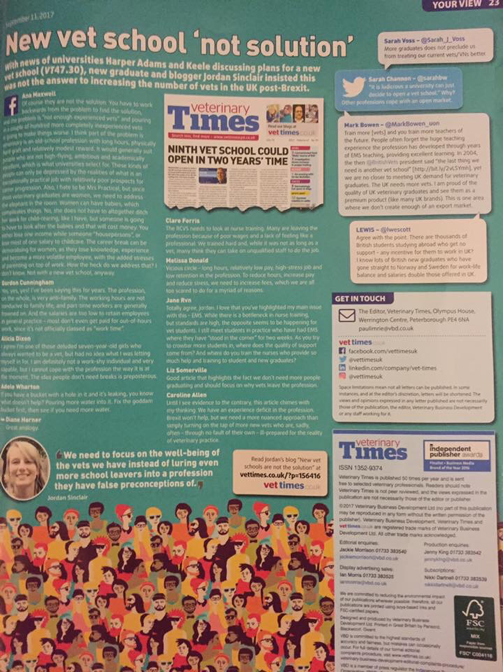 People were commenting on the article saying there are already too many graduates. My point was that practices should value their graduates with salaries, benefits and support to keep them engaged and support specialist. So many vet graduates leave the profession within the first five years and there must be a reason for that...
If you can't read the comments it says;
"There are thousands of British students studying abroad who get no support - any incentive for them to work in the UK?
I know lots of British new graduates who have gone straight to Norway and Sweden for work-life balance and salaries double those offered in UK."
Posted by Lewis at 1:49 PM No comments:

...started with this pair of cuties 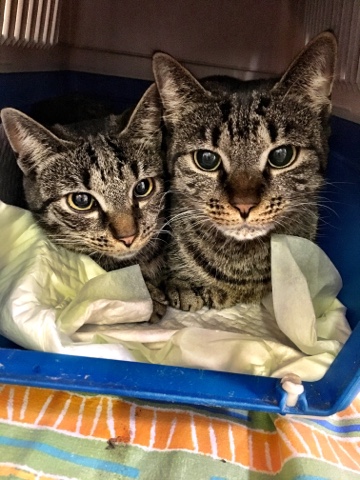 Diseases of Small Animals is a subject I've been looking forward to because I'm pretty confident in my practical skills, surgery, taking a history and clinical examination when doing consults but as I've not studied internal medicine I'll pass the information on to a vet who will suggest a diagnosis and treatment with owners.

A lot of it comes with case memory in that you see similar presentations and recall the treatment but I'm looking forward to understanding the various diseases to form a list of differential diagnoses and possible treatments.
Posted by Lewis at 12:41 PM No comments:

I landed at Heathrow from Mumbai last Friday and went straight to a friends wedding in London. We had a really good weekend, lots of their family are Irish so it was a proper family wedding with lots of dancing aided by an open bar!

Back home and I was back at the PDSA for two weeks. I'd hoped to be able to do some neuter surgeries but the whole two weeks I was there we only had one bitch spay and lots of cats so I didn't get to do any this time but I still got lots of surgical experience.

Following the August Bank Holiday we had 24 inpatients so were busy treating those on top of the planned surgical cases.
Depending on the vet I am working with I'll often induce and intubate patients for procedures and then take x-rays with nurses, mass removals and start dentals - a vet will come in to do extractions or to evaluate x-rays etc.

We had a kitten come in with a broken femur so we took x-rays and I scrubbed in for the fracture repair. 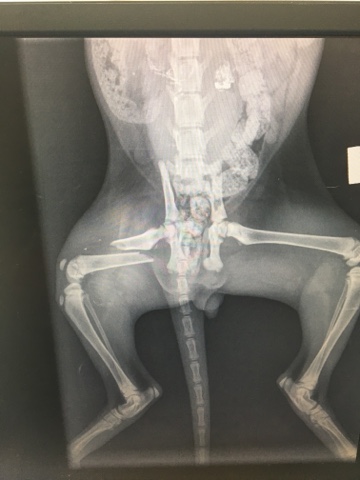 The vet opened, located and aligned the break then I helped to drill the intraosseous pin and then close up, after taking further x-rays to check alignment. 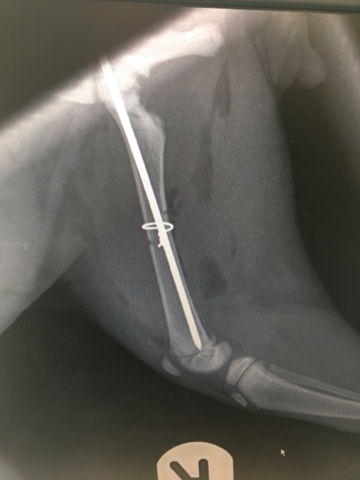 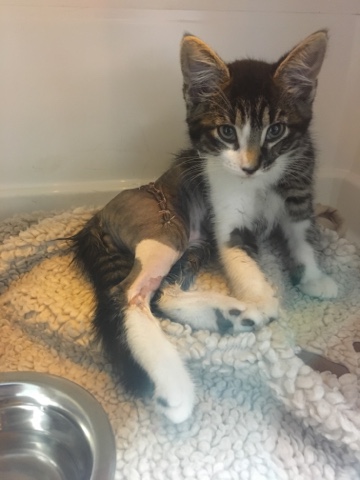 This week I've done a lot of closing abdomens and wound stitch up's as we're short staffed due to holidays and maternity leave so while I'm closing the vet can get on with other surgeries.
It's great for me as I can practice my intradermals which I'm pretty confident doing now ...though they are much harder in thin cat skin! 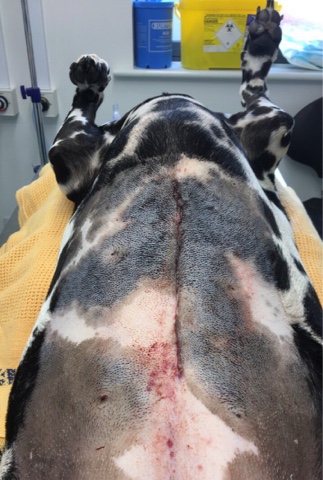