You might remember Womble, one of the rescue horses, who Stephie and I worked with last year.

I was at the yard earlier and he came over to his stable door for a fuss and is 1000 times better than he used to be - I remember when the vets needed to castrate him (I think it was) and he had to have 2 lots of sedations before they could even get a head collar on him. 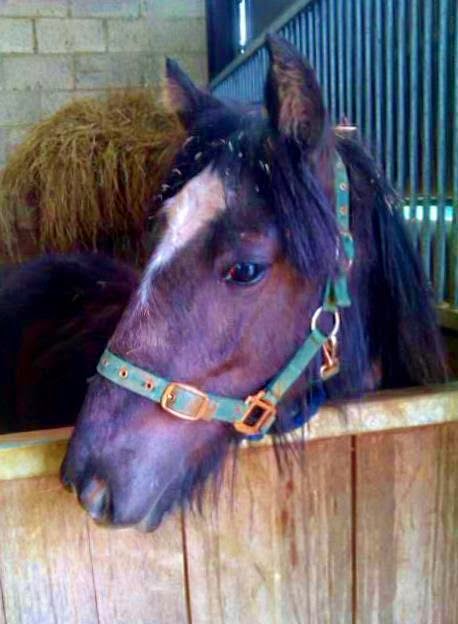 I turned him out to the field and he was perfect - lead really well, stopped at the gates, didn't freak with the dogs running around his feet and everything.
He's always been turned out with a grab strap on his head collar because he's still not perfect to catch in the field and had rubbed his head on a fence post so I had to get him back in and bathe it with a bit of Hibiscrub which he didn't really like but he didn't make too much of a fuss.
Posted by Lewis at 5:16 PM No comments:

We had the most playful kitten ever in at the vets earlier!

He just wanted out of his kennel all the time and was sticking his paws out to try and get to the nurses every time they walked past sorting out the others. 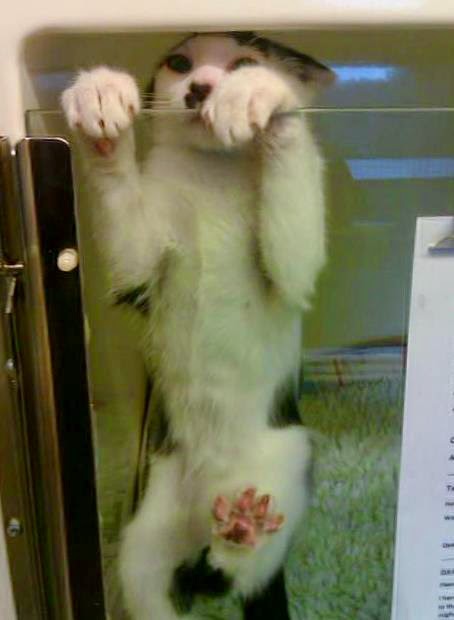 I've stayed in Aber over the holidays to carry on Lambing nights so thought it would be an ideal time to get some more practice in at the vets too.

It's worked really well as I've been finishing Lambing at 7, getting a couple hours sleep and going to the Vets then getting another few hours sleep after seeing practice before starting Lambing again at 8.
I've had a lot of caffeine to keep me going this week but its been good to see surgery!

I saw we had Spike booked in for surgery and was expecting a Rottie or Mastif, then in bounds this bundle of fluff... 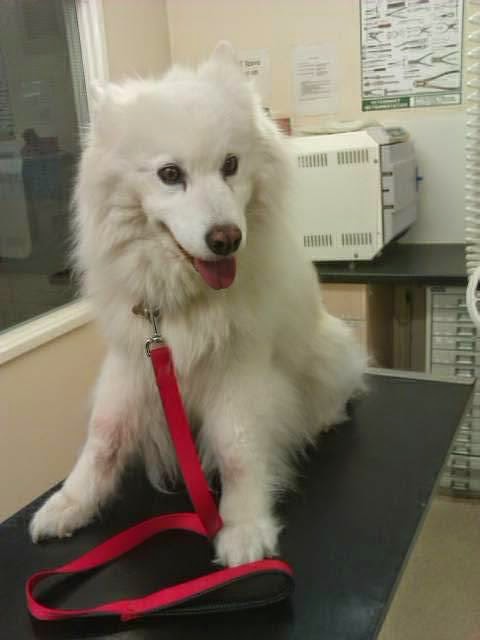 He was in as he had an obstruction in his gut so Kate had to do a foreign body removal operation.

They found exactly what they were looking for, which turned out to be part of his lead, and then as they were suturing up Kate showed me a clever little trick.
When closing up the intestinal wall she pulled the two ends of the incision together and sutured perpendicular to how she'd cut it so that the lumen isn't restricted afterwards which could lead to further blockages.

Kilo, named because he was less than a kilogram when he was born, has definitely settled in and made himself at home.
He's had SO many visitors its untrue and the neighbours kids came round to give him a bottle this afternoon.

Rose was a natural, posing with a bottle 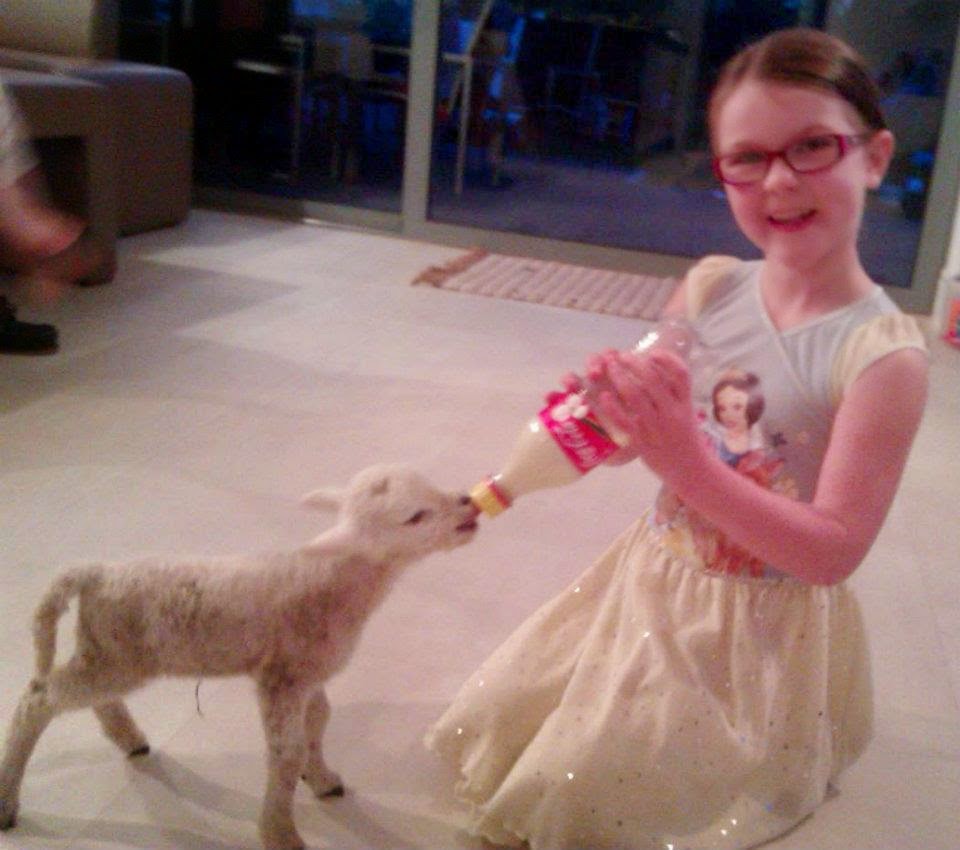 and Evie preferred to give him a cuddle after he was done with his dinner... 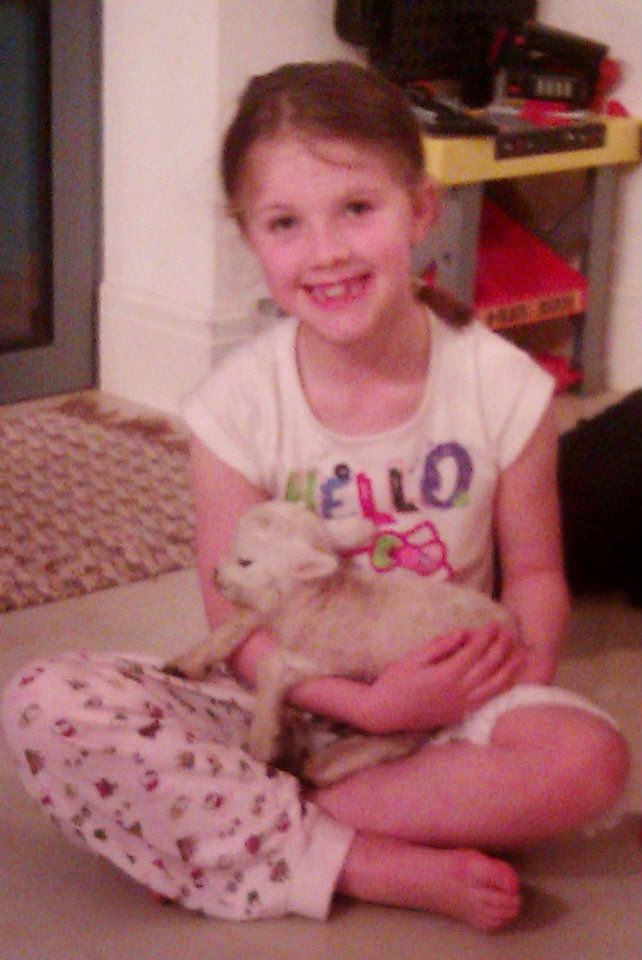 Exotics at the Vets

Had another good day at the Vets today!
Was Lambing at the Uni farm 'til half 6 so only had an hour + half sleep but wasn't too bad!

First thing we had a bitch in who needed a caesarian. Glesnie the vet got them out then Nerys, the vet nurse, and I rubbed them in towels to get them breathing. I got to inect the bitch with antibiotic + painkiller. Then the puppies went in a box with a hot water bottle, so cute! 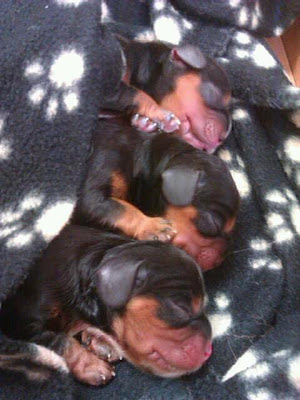 They look like little Rottweilers but are actually King Charles Spaniels!

Then had another cavalier in who needed syringe feeding with A/D and Glucose rehydration liquid so I did that a few times throughout the day - another first!

I watched a few op's - dog castrate, dog dental and had a cat with a big tumor on his face which needed looking at and X-rays.

We had Toby the German Shepherd in for X-rays to look at his hips for hip scoring. He's only 5 months old and the breeder said the parents were hip scored but he was really bad so not sure how true that is...

A vet and nurse had to go out to pick up a dog - a Neapolitan Mastiff, who doesn't like men. I wasn't going to mess with a dog that big so kept out the way for that one! ;)

Later on this afternoon I was in seeing consults with John; we had a 47 year old Amazon parrot with a dodgy eye, could have been bad conjunctivitis or the eye had ruptured. Gave local anaesthetic and antibiotic eye drops and it opened up.
We were meant to have a snake in which I was looking forward to but they didn't show up!
Like seeing all the more common animals but really like exotics - the parrot was really interesting, I was surprised at how old it was!
Posted by Lewis at 10:46 PM No comments: