It's that time of year again, finals are upon us.
I can't believe I've finished second semester of my second year here which means I've reached the end of 4th year!
This year is notoriously bad for exams in that we have lots of exams and they're all really big subjects. I passed my Anatomy II final in January which was a year long subject and this summer I have Parasites and Pathological Physiology which are also really big subjects.
I find Parasites really difficult as it's a massive subject so many species we need to learn each with their own life cycles, morphology, clinical signs and treatment. I'm leaving three weeks to study for that which I hope will be long enough as in the past quite a few people have failed it and had to repeat the year over it.
In total I have 9 finals this exam period and that's not including the 8 credit and compensation tests I've done in the last 3 weeks!

So far I have passed General Surgery (A), Haematology (A), Clinical Diagnostics (B) and Radiology (D).

We studied hard for Radiology and I thought I'd learnt it well so I was a bit gutted I only got a D but a pass is a pass and it's another exam done!
The grades for a D are 61-70% so while it doesn't sound great, you just have to remember back in the UK that's a high 2:1 or a 1st.

This morning I have done Hygiene and Technology of Food; Poultry Fish and Game which is a written paper so we find out the results tomorrow - no waiting two or three months like we had to do in the UK.

Now I need to start studying for Nutrition which I have next Wednesday and after that I'll have to conquer Parasites, Pharmacology and PathoPhys!
Posted by Lewis at 11:53 AM No comments:

I've just sat my General Surgery exam and really pleased with how it went.

I thought the subject was really interesting so took the time to study it properly, bought the BSAVA Surgical Principles textbook and read the whole thing then watched lots of videos about the practical parts of the exam; suturing, catheterisation, endotracheal tube placement, bandaging. 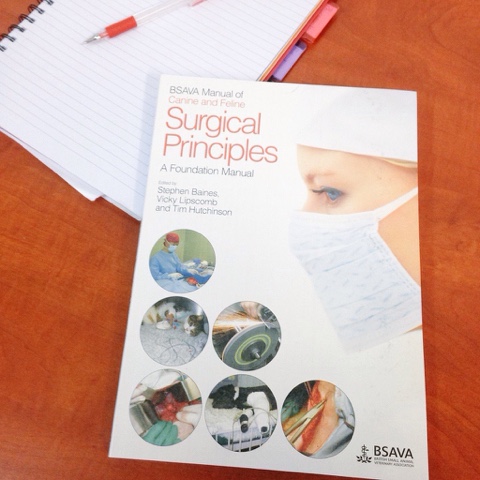 The first part of the exam was practical where we had to demonstrate different suture techniques and then talk through preparing an animal and ourselves for surgery; clipping, scrubbing, gowning, gloving etc. 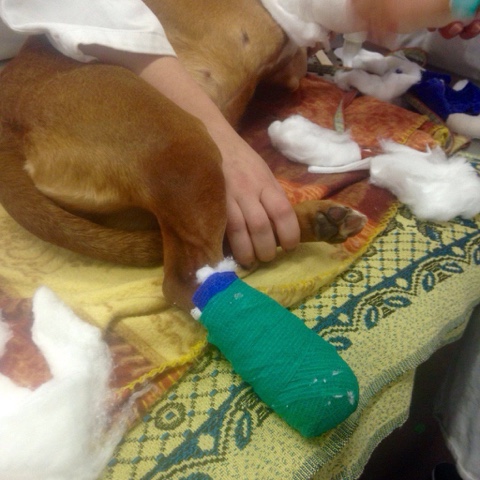 Next we went into the theory part where we choose two questions from an envelope, write answers and then explain them to the professor. As they're oral it means we hear the students ahead of us speaking and the two people before me failed so I was nervous going in...

I picked Suture material selection and characteristics, knots and techniques and then Perioperative patient monitoring. Both questions I'd studied well and was able to talk about things I'd regularly seen in practice. Professor stopped me mid way through my second question and gave me an A!

I came home after the exam and wrote my Haematology final report, handed it in this afternoon and got an A in that too.

If you've read other posts you'll know I'm not a Straight-A student so I'm delighted with that!
All the weeks spent seeing practice back home paid off. It's given me a boost to study hard for the next few exams and get home for summer.
Posted by Lewis at 4:16 PM No comments: