We planned to be up bright and early today but my body took that far too literally and I didn't sleep at all, not even five minutes. I spent most of the night watching Animal Planet and Nat Geo Wild as it was only those or BBC World which were in English; luckily for me!

At 5am when my alarm went off I had a Mynah bird sat outside my window mimicking noises so I made a coffee and sat at the window in my delusional state whistling as he mimicked me.

I requested an Uber which was outside in minutes, got to Fabians hotel to pick him up which was where all the fun started. The driver hadn't realised I booked a multi-stop trip to the airport and his taxi was screaming at us with thirst as it was completely empty. He called Uber requesting to cancel the trip as I sat in the back pretending to be oblivious and they said he had to complete the journey. The first petrol station we found was closed, the second had no fuel but third time lucky and we were on our way.
The journey should have cost 870 rupees but the app told him Total 60 rupees which was only to Fabians hotel! We have him 1000 and off we went. 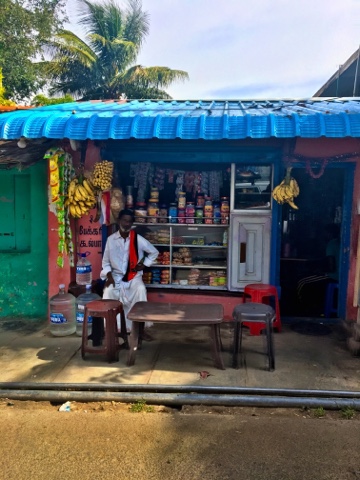 We spotted a white girl sat alone who stood out with six suitcases and guessed she must be coming with us! Minutes later two of her friends joined us and then another two girls, including Lucy a new grad I know from Košice.

Along came a driver who collected five of us, strapped our cases onto the roof of his van and in we jumped - with no seatbelts. 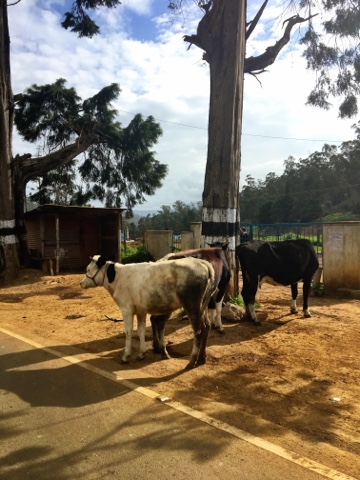 The eight hour transfer went surprisingly fast with only one stop as we were kept entertained by crazy drivers around us, wildlife and the most amazing views as we climbed the hairpin bends into Ooty. 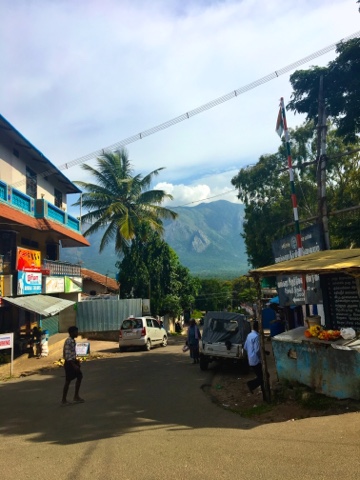 After arriving at the ITC Ooty we were shown our rooms; luckily for us boys we are in single sex rooms so we each pushed two beds together to made doubles and settled in.
The rooms are basic but clean and much better than I anticipated - we have a flushing toilet after having anticipated a squat toilet for months!

We were fed then I passed out and slept like a log the whole way through the night. Day one in Bangalore mainly consisted of sleep and more sleep.
We had planned to meet at 1pm but eventually were up and ready for 5pm and went for a wonder around the city. I knew Indians loved to use their horns but during rush hour the noise was immense, it seems rather than using indicators they use their horns to let other drivers know where they are and where they're going.
We arrived at the Lalbagh Botanical Gardens and were greeted by a tour guide going by the name of Dave, a bit tired and worse for wear we just agreed to a half hour tour for 750 rupees. He took us around the gardens, explaining the history and stories behind each section then had us pose for photos at various points throughout. 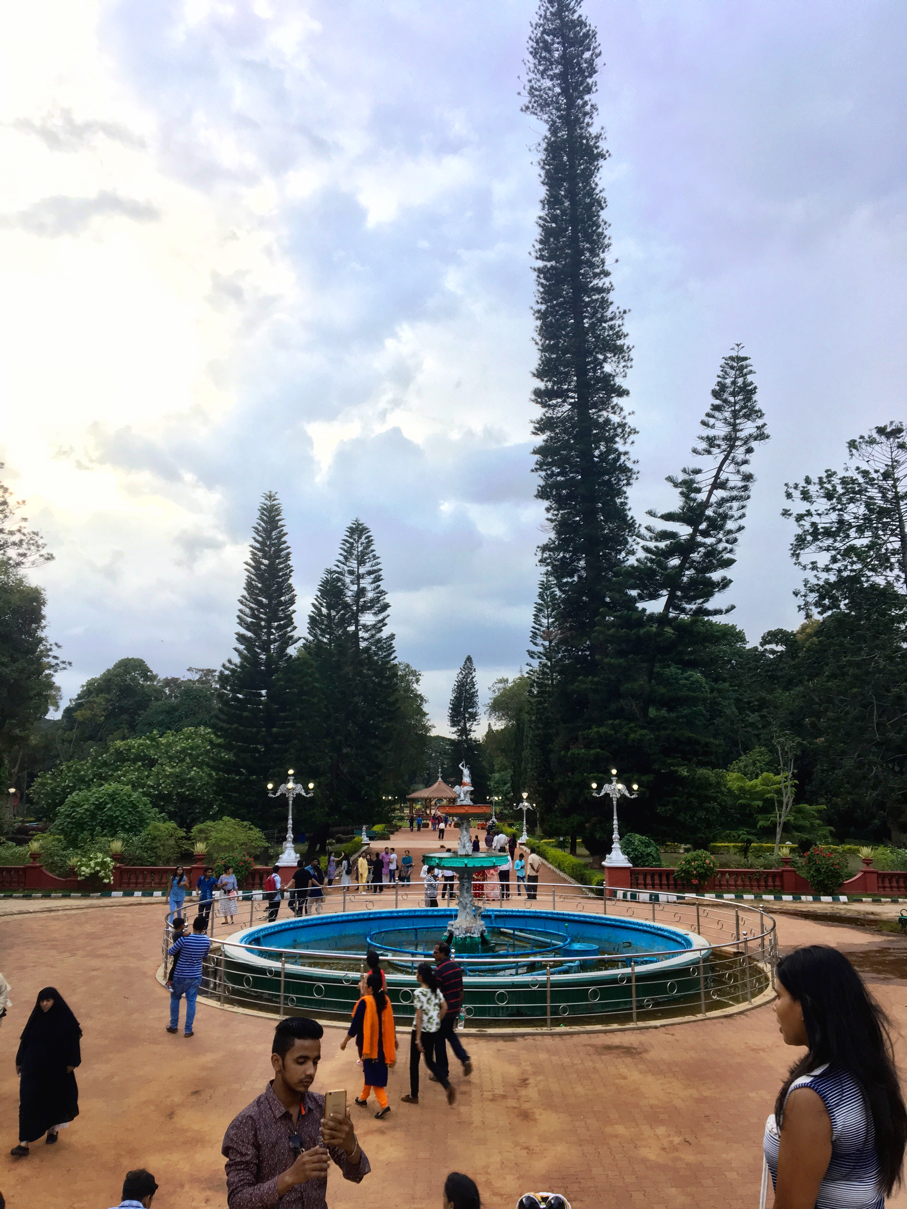 Nearing the end us put all three of us on his little scooter and took us for a drive through the gardens. I chuckled the whole way round at the ridiculous situation, three grown men on a little scooter - and I'm not small! Judging by people faces as we went past they found it just as funny.
Once we finished we'd over-ran our half hour and he then said the price was per person so we each paid 1000 rupees which is about £11 so he got a good deal but it was worth it just for the scooter!
From there we went to Red Onion a restaurant Fabian had found online. We ordered a few starters and a main to share and honestly it could have fed a family of four. The restaurant was really clean and the waiters super-attentive but we were the only ones in there!
I'm chronically too hot which they must have seen and as the AC was broken they went and got a fan for us haha
We had so much food we got half of it to takeout which Fab had as midnight munchies.
I settled down for a cosy night with two of my best pals... 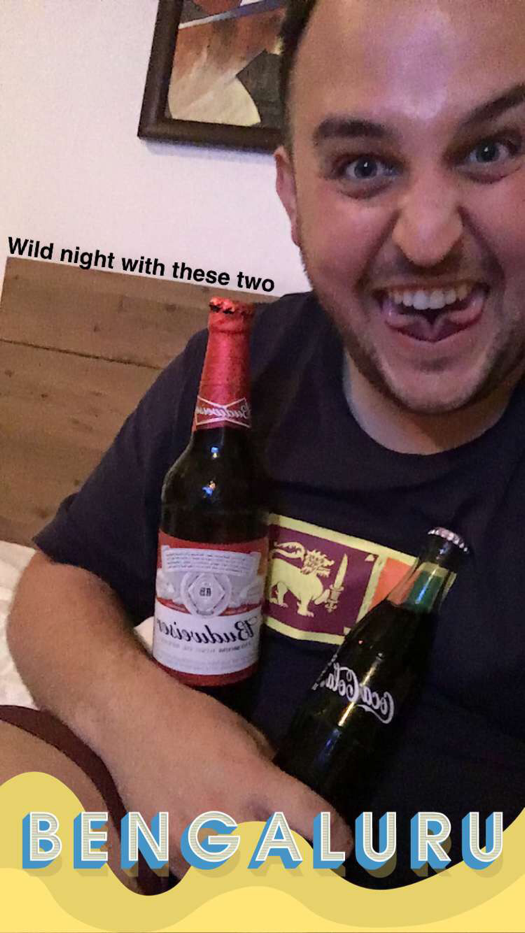 It seems a lifetime ago since I booked the trip but as usual I left everything until the last minute, doing most of my shopping on my last day in the UK. We left the house only an hour late which is a personal best for me and the rest of the journey was plane sailing...

I flew from Heathrow to Bengaluru with British Airways and the service was fantastic. Terminal 5 was amazing right through from check in and security to boarding and the cabin crew were so nice!
I was sat in an emergency exit seat so had a member of crew sat facing me for take off, we somehow got on to chatting about dogs as her rescue Jack Russell had been to Fitzpatrick Referrals for full spinal surgery and that, unbeknownst to her, her parents had been feeding her chocolate buttons during recovery! Two years on she's doing amazingly well and I saw videos of her jumping and swimming like any little terrier.
Next thing I mentioned why I was going to India and they'd already heard about it as a friend of mine is BA cabin crew. Within minutes I'd been upgraded, had two double gin and tonics and I was living the dream!!

We arrived in Bengaluru at 5am. Customs took their time as usual, we had to queue twice but eventually got our stamps and we were in! 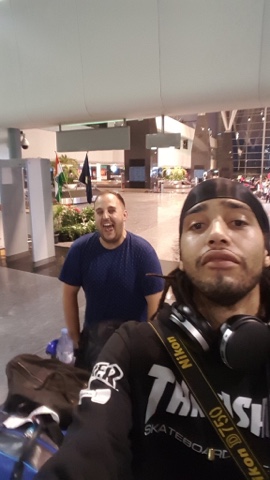 Hopped in a taxi to my hotel to be told I had to wait until 1pm to check in unless I paid ~£7 early check in fee.
TAKE MY MONEY

When life gives you lemons...

Late last summer I still had a lot of exams left to do and as time was running out I had to prioritise subjects and I did that based on how long they would take to study and what classes they allowed me to take from the next year. In the end it came down to Parasites so I didn't sit that exam and got all the others done.
My biggest piece of advise to anyone going through the same is to study hard for credit tests, get them done on time and use that revision for the final; carrying exams from winter to summer period is easy to do but it's even easier to run out of time.

This year has been one of the best yet as I'm resitting with some of my best friends and as we've been on a reduced timetable I really made the most of it!
Last semester I went to Krakow, attended two international falconry meets, my Dad came to visit for the first time, I had a week at home after the National Poultry Show where I saw practice with the PDSA then I really worked hard to smash out all my winter exams in a week so I had five weeks at home for Christmas and travelled to Iceland with my family.
At the start of this semester nine of my friends came out and we had a week skiing in the Tatras, I had another three weeks at home for Easter as I went to BSAVA Congress.
Congress was amazing, I learnt so much from the lectures and speaking to people in the exhibition and I also made contacts which will be great for the future. Later in the semester I went to another two exotics conferences in Slovakia and Romania where lots of similar topics came up so I feel like I'm learning useful information which we can really use in practice. I also took optional classes in Stomatology and Ultrasonography which will are things I'll use every week in the clinic.

I've never been massively academic so I study enough to pass but I work best under pressure and think I make up for it practically as I've done a lot of work experience and really try to gain as much as I can from it.
It bugs me as people are always saying 'Oh it's so easy for you 'cos you've done xyz' but the only way to learn is making contacts, booking placements and putting yourself forward! You'll always get rejections but keep writing those emails and eventually you'll get a placement. Last year I did 9 weeks in the vets, this year I've only done one so far but I have another 7 weeks booked.
I might not be book smart but I've really noticed, this year especially, when I'm learning a subject I try to relate it to a patient I've seen, the clinical signs it presented with and the treatment we gave which really helps me remember things. I loved studying Reproduction as I could relate it all back to lambing and what we used to do.
I've been on lots of the 5th year trips this semester so I have an idea of what to expect next year and can try to stay on top of learning ready for the big exams we have coming up.
This exam period has been pretty uneventful, I took three and a half weeks to study for Parasitology which seemed to go on forever! Studying for it was really tough, trying to learn the taxonomy for over 120 parasites, their life cycles, clinical signs, morphology and treatment... but once it came to the final, that went better than I had anticipated and they were really nice in the exam.

I head home for summer and have an exciting summer seeing practice for three weeks and I'll be in India for a month volunteering with WVS in the neuter clinic and vaccinating street dogs with Mission Rabies!