Have said for ages I want a Uni rabbit but thought I should be sensible, then we saw this litter of four lops, 12 weeks old, up for adoption on Wednesday ;)
Went back the next day (yesterday) and bought their cage and everything and just the one rabbit ... I went back an hour later to get his brother!

I have one and my housemate has another, living together atm but will be separated (and neutered in a few months) to another cage. Housemate lives in Bulgaria so I have offered to have them both over the holidays!

Mine's called Sherlock 'cos we live on Baker St ...don't know why he's called Alexander, he was going to be called BMW?! 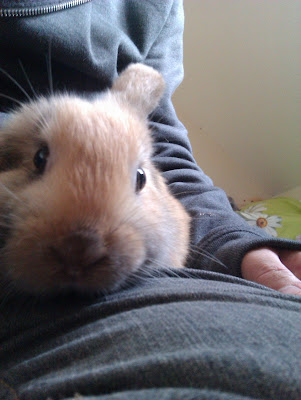 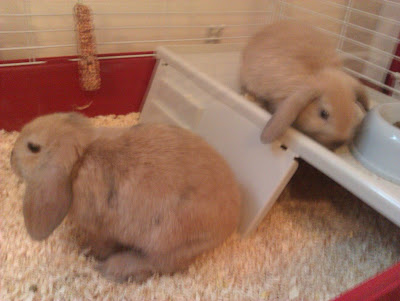