I volunteer for the BHWT, British Hen Welfare Trust, and we had a rehoming day in Northants today
We rehomed 537 ex-commercial battery hens which would all be going to slaughter because of the 2012 cage ban coming in next week.

I came back with 5 poorlies to look after - 2 baldies, a badly twisted beak and 2 skinnies.

Hens ready to be rehomed: 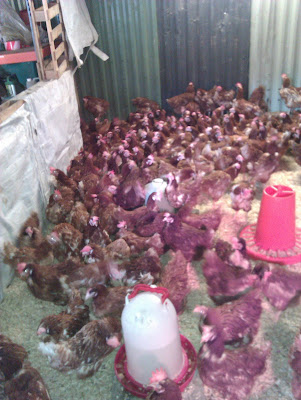 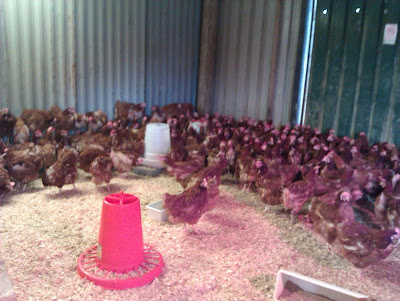 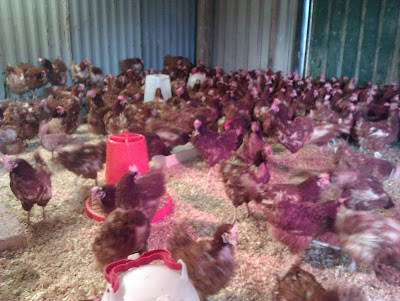 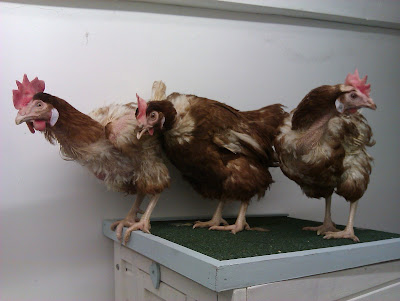 Tracy Beaker with her twisted beak: 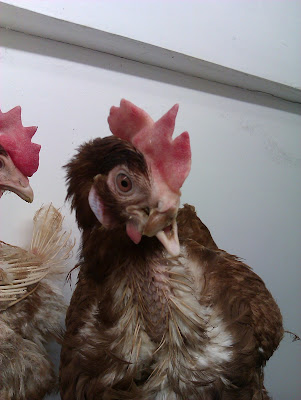 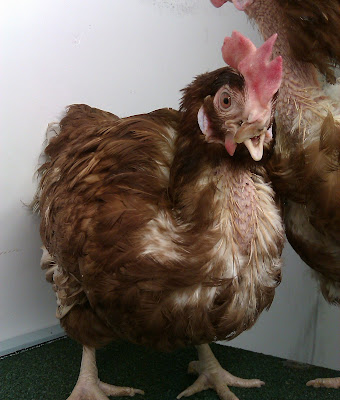 I was only having 2 but she's too cute so came home too!
Needs help eating and prefers to eat from a higher up coop cup. 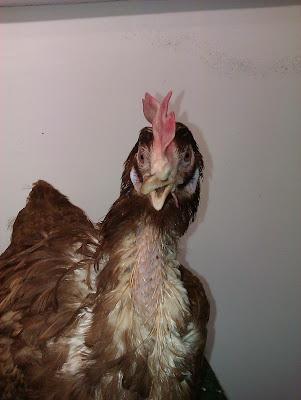 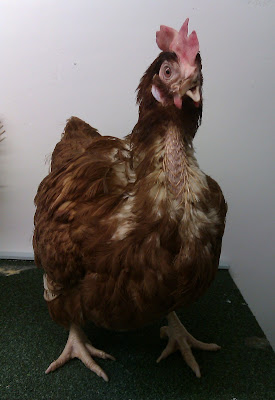 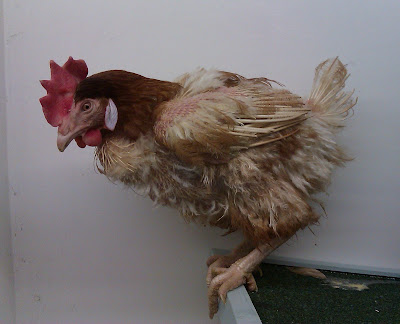 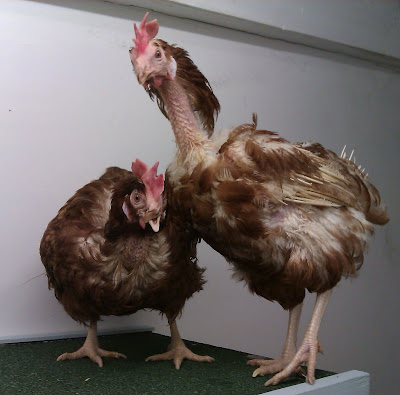 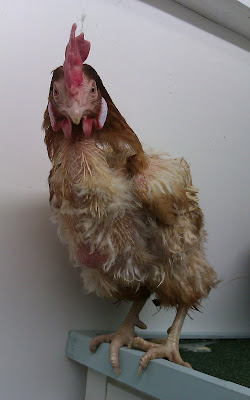 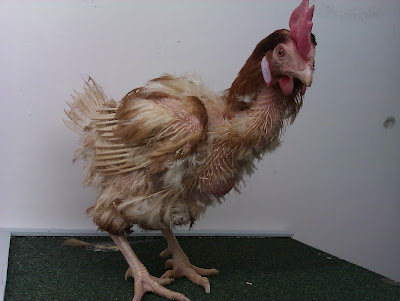 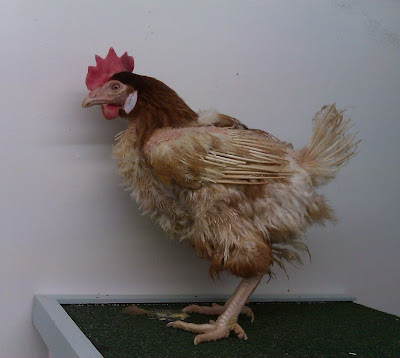 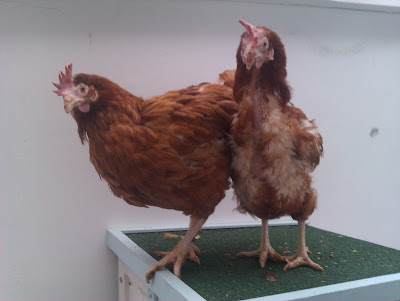 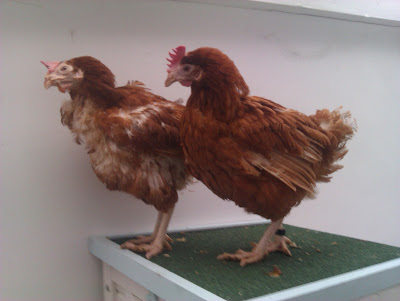 Out with the Old, In with the New... Dinner Chickens

I was going to do it yesterday but left it too late so just got the stuff ready; bin for the feathers, small broomstick pole and a chair!
Let the 3 cockerels out for a free range in the snow earlier but restricted their food so that they're easier to gut etc.

Got Little Miss Meaty (the name stuck for him) in the eglu so I could pick him up and took him to the side passage.
I was alright in doing it 'cos have know since they were cute little chicks under Hilary that I'd have to do it: 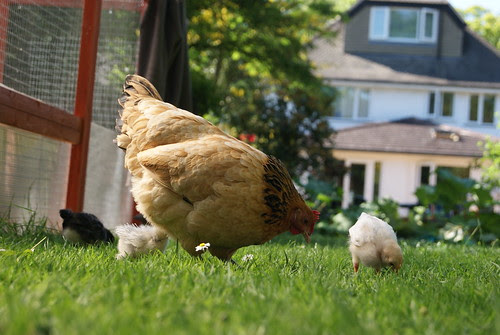 Was alright doing 'the deed' but you always get paranoid from the nervous responses that you haven't done it properly even though I knew he was dead, and I had to double and triple check :/

Plucking was alright. It took about an hour to do, which is way longer than the huge turkeys at the farm! but tbf I haven't done it for a while, and the turkeys are hung so that makes it a lot easier. Ripped the skin a couple of times by the breast but thats not a problem.

Just got Mr Meaty to do next!
Was going to do him tonight but he's still not very muscly + mature, and it would leave Mr Dinosaur on his own in the eglu. Mr Meaty doesn't really crow, although he probably will now Little Miss has gone, but will see. I can always do it in the next couple of days.
Posted by Lewis at 6:17 PM No comments:

I found Poultry Red Mite (Dermanyssus gallinae) in the chicken coops earlier in the year, and me being me decided I needed to get some High Res photos of them, and then have a look at them under my USB digital microscope!

Got a few photos, some of the best ones are here...
(Click to enlarge) 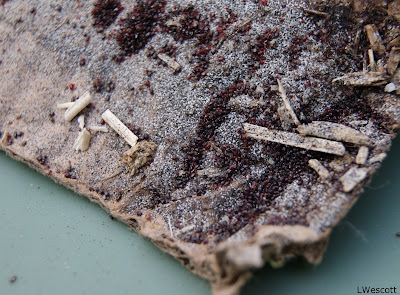 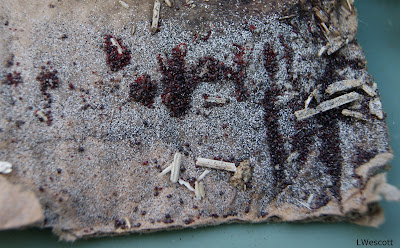 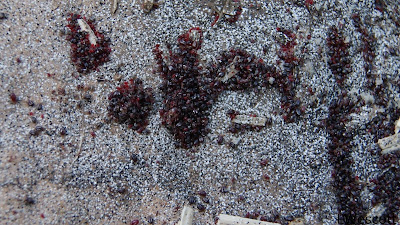 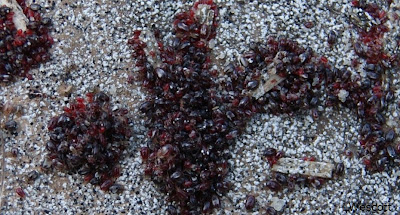 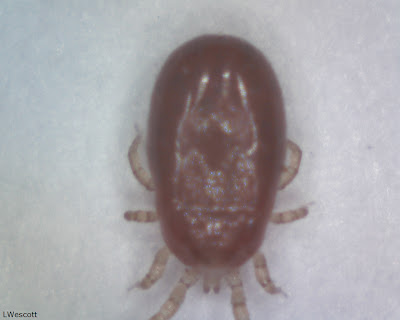 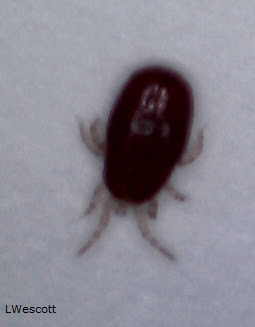 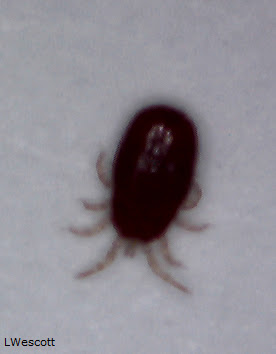 Will be used for Uni work so please don't use them without my permission ;)
Posted by Lewis at 1:54 PM No comments: